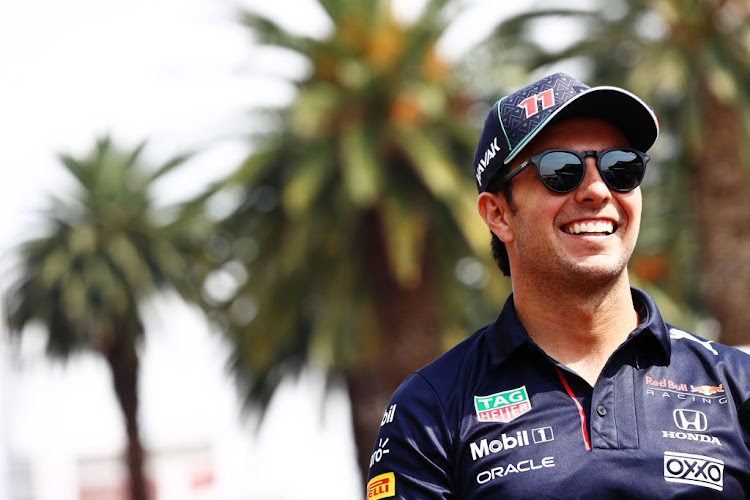 Sergio Perez looks on in the paddock during previews ahead of the F1 Grand Prix of Mexico at Autodromo Hermanos Rodriguez on November 4, 2021 in Mexico City, Mexico.
Image: Mark Thompson/Getty Images

Sergio Perez says he is sure Red Bull want him to win his home Grand Prix in Mexico City after facing questions on Thursday about whether they will let him beat championship leader, team mate Max Verstappen.

Verstappen is 12 points clear of Mercedes' seven times Formula One world champion Lewis Hamilton with five races remaining, including Sunday's, in one of the closest title battles in years.

Perez, who is out of title contention but has won twice in the past year, has stood on the podium in his last two races and has never been closer to his dream of becoming the first Mexican to win at home.

Red Bull have won nine races so far this season, Verstappen taking eight of them, with Perez triumphant in Azerbaijan in June after the Dutch 24-year-old crashed out with a tyre failure while leading.

Asked what might happen if he were leading with Verstappen in second place, and whether he would move aside, Perez said it would be "a great problem to have".

"It always depends on the situation," he said. "Most of the decisions are normally taken during the race, during the heat of the event.

"I think that, depending on the circumstances, we'll see. But I'm pretty sure that the whole team, Red Bull, everyone wants me to win this weekend ... I'm sure I have full support from everyone in my team."

Ricciardo said he would not want to move aside for a team mate at his home race in Melbourne if he was in with a chance of victory.

"Right now, my answer's no. I would not," he said. "If it was the last race of the season and that position swap literally meant the world title or not, then maybe that's a more complex decision-making process.

"But a home win, that's like the thing that you dream of as a kid. And if, obviously you've earned it on track, then I feel like it should be yours for the taking."

Formula One leader Max Verstappen, along with tens of thousands of fervent fans, will be hoping to see Red Bull teammate Sergio Perez stand on his ...
Motoring
1 month ago

Every Formula One grand prix promoter wants to hold a sprint race but only six are likely next season after the experiment of three this year, F1's ...
Motoring
1 month ago

Pole position should be awarded to the fastest Formula One driver in Friday qualifying on those weekends when a Saturday sprint race is held, ...
Motoring
1 month ago