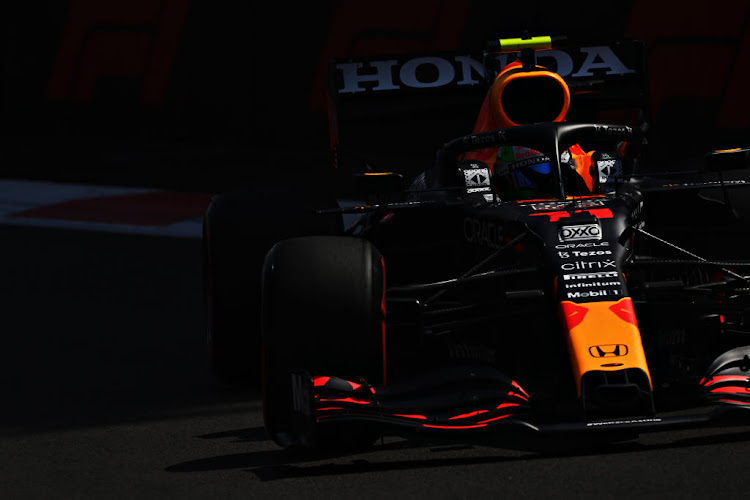 Sergio Perez on track during final practice ahead of the F1 Grand Prix of Mexico at Autodromo Hermanos Rodriguez on November 06, 2021 in Mexico City, Mexico.
Image: Clive Mason/Getty Images

The 31-year-old home hero, who has never stood on the podium in Mexico, posted a best effort of 1:17.024 seconds at the high altitude Autodromo Hermanos Rodriguez with Verstappen 0.193 slower.

The crowd gave a huge roar at Perez's time which his team mate, struggling for grip, did not try and beat in the dying seconds.

"Six and a half tenths?," said a disbelieving Hamilton over the radio after being told of the gap.

Carlos Sainz was fifth fastest for Ferrari, whose chances of overtaking McLaren for third place overall were boosted by Lando Norris taking a new engine that sends him to the back of the field for exceeding his season's allowance.

An oil spill from earlier support races made the track slippery in the stadium sector, with cement dust laid down over it and drivers waiting for it to settle before starting the session.

Red Bull boss Christian Horner emphasised on Friday that team orders were a part of Formula One and refused to rule out telling Mexican Sergio ...
Motoring
2 weeks ago