F1 title task is as steep as it can be, says Hamilton 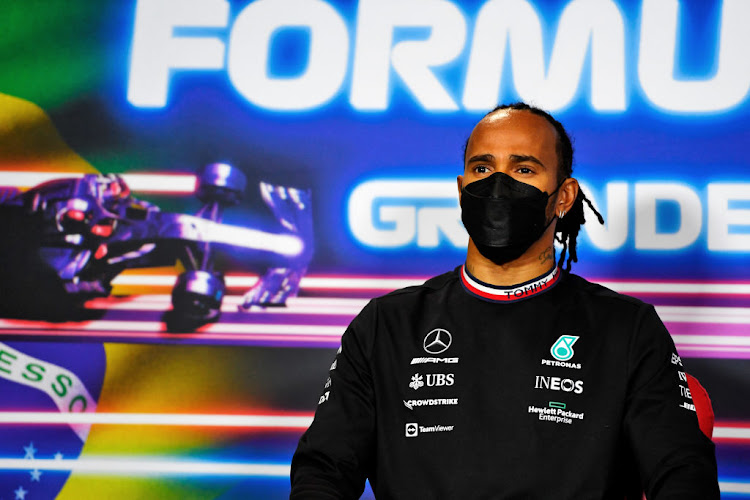 Lewis Hamilton says the task of overhauling Red Bull's Max Verstappen to win a record eighth Formula One title feels "as steep as it can be", with four races remaining and 19 points between them.

The 36-year-old Mercedes driver has five wins to his Dutch rival's nine this season, with Verstappen chasing his third in a row in Brazil this weekend.

Asked on Thursday whether he felt Sunday's Sao Paulo Grand Prix was a "must-win", the Briton replied that "every race is a must-win race".

Brazil is expected to favour Red Bull more than Mercedes, with Verstappen the most recent winner there in 2019, before the Covid-19 pandemic forced the cancellation of last year's race.

"They've had a strong car all year, they've had the strongest car," said Hamilton. "I think we've done as good as we could.

"Last time here they were incredibly strong, so we're anticipating again they'll be very hard to beat this weekend. But where there's a will there's a way, hopefully."

The Brazilian round will also be the third and final sprint event of the season, with qualifying on Friday for a 100km race on Saturday that decides the starting grid for Sunday's main grand prix.

More points are available, with three for the winner on Saturday.

Hamilton said that would be of no benefit if Red Bull were quicker, and anti-clockwise Interlagos was one of the hardest layouts to overtake on.

There has also been speculation that Hamilton could need a new engine, which would trigger a five-place grid drop and further damage his title hopes.

"I can't really comment at the moment. I don't think the engines have even arrived this morning," he said, referring to delays in the freight arriving from Mexico. "As far as I know, my engine's fine, but I'll find out later on."

Formula One teams prepared to work late into the night on Thursday to get their cars ready for the Sao Paulo Grand Prix after freight, including ...
Motoring
3 weeks ago

Lewis Hamilton stayed onside with his Brazilian fans on Wednesday by calling up soccer star Neymar ahead of a big weekend for the Briton's bid for a ...
Motoring
3 weeks ago

Formula One leader Max Verstappen can sprint to his third win in a row in Brazil on Sunday but Lewis Hamilton and Mercedes intend to hit back hard ...
Motoring
3 weeks ago