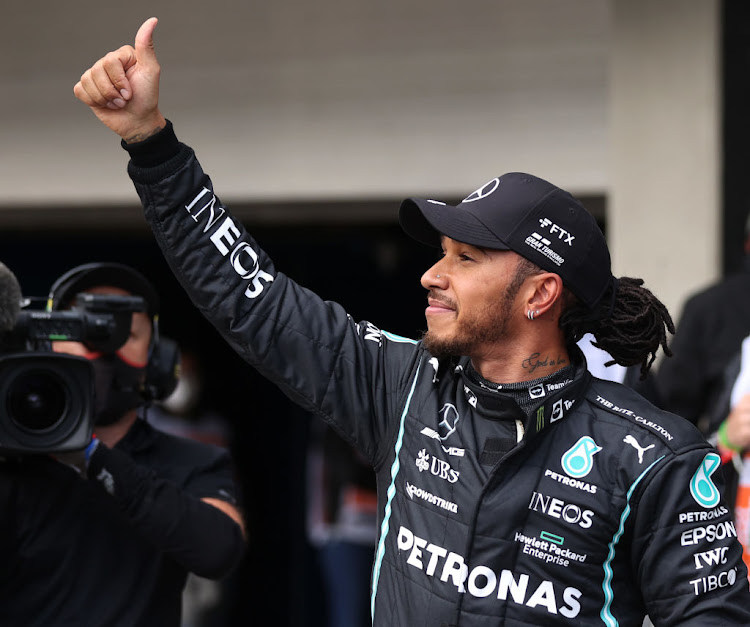 Lewis Hamilton made the most of a new engine to beat Formula One leader Max Verstappen with the fastest lap in qualifying for the sprint race that will decide the grid for Sunday's Sao Paulo Grand Prix.

Hamilton was dominant in all three phases of the Friday session at the Brazilian city's Interlagos circuit, with the Mercedes driver clocking a best time of 1:07.934 seconds.

Red Bull's Dutchman Verstappen was second and 0.438 slower, a considerable margin around one of the shortest laps on the calendar.

The Briton will have a five-place grid penalty for Sunday's main race as result of his engine change but can take three points if he wins on Saturday, with the top three scoring in a 3-2-1 system.

The 100km sprint is the last of three races in the experimental format this season, with the other two being at Monza and Silverstone. At least six are expected to be scheduled for 2022.

Mercedes' Valtteri Bottas was third fastest with Red Bull's Sergio Perez alongside on the second row.

AlphaTauri's Pierre Gasly starts fifth with the two Ferraris of Carlos Sainz and Charles Leclerc followed by the two McLarens of Lando Norris and Daniel Ricciardo in the battle for third overall.

Seven-time world champion Lewis Hamilton lapped fastest for Mercedes in practice for the Sao Paulo Formula One Grand Prix on Friday after incurring a ...
Motoring
6 months ago

Lewis Hamilton will take a five-place grid penalty for Sunday's Sao Paulo Grand Prix in another blow to the Briton's hopes of winning a record eighth ...
Motoring
6 months ago

Max Verstappen fans will have to get used to a new number next season if Red Bull's Formula One leader wins the world championship.
Motoring
6 months ago