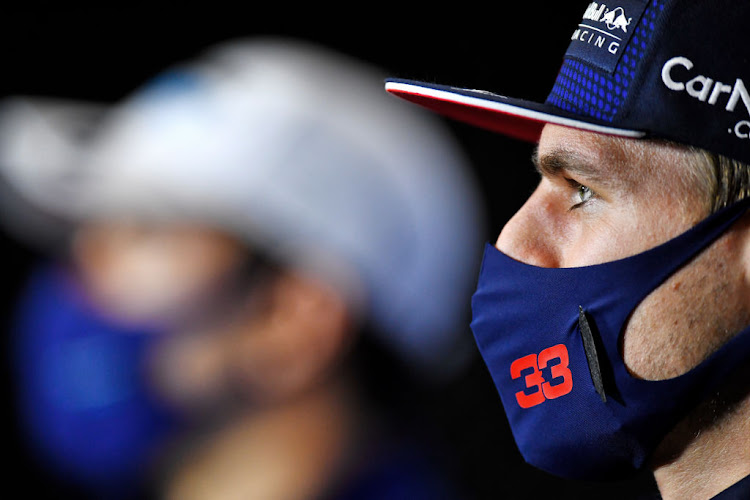 Max Verstappen speaks at the Drivers Press Conference during previews ahead of the F1 Grand Prix of Brazil at Autodromo Jose Carlos Pace in Sao Paulo on November 11 2021.
Image: Rudy Carezzevoli - Pool/Getty Images

Max Verstappen fans will have to get used to a new number next season if Red Bull's Formula One leader wins the world championship.

The Dutch driver told reporters at Brazil's Sao Paulo Grand Prix on Thursday that he would not hesitate to take the number one reserved for the world champion if he ends Lewis Hamilton's reign.

"Absolutely," said the 24-year-old, who has raced with the number 33 since his debut in 2015 and whose 'Orange Army' of fans follow him with it prominent on shirts, flags and even tattoos.

"How many times do you have the opportunity to drive with number one? And it’s good for merchandise as well, you know. So it’s smart to do that," he said.

The number one was last raced in 2014, the year after Sebastian Vettel won his fourth championship in a row for Red Bull.

Verstappen is 19 points clear of Hamilton with four races remaining, including Sunday's at Interlagos, but he made clear that he was taking nothing for granted.

"In four races a lot of things can happen," he said. "We are looking good, but things can change very quickly ... I've had a bigger lead already in the championship and that disappeared within two race weekends."

Nobody, however, will win more races this season than the nine he has so far. Hamilton is on five, half his average since 2014.

Verstappen has won the last two races in Texas and Mexico City, but he avoided partying last Sunday to fly straight to Brazil.

The Red Bull driver is in a relationship with Kelly Piquet, daughter of triple world champion Nelson, and they spent time at the family home.

Regarding meeting the 69-year-old Brazilian great, Verstappen said, "I don't need advice ... we just had a good chat about all kinds of stuff. I know what I have to do in the car, so I don't need to speak to anyone about that."

"It's like the kind of dream garage that I would like to have in the future as well, with all different kind of cars," said Verstappen. "I think it's a bit this little boy's dream that you want to have."

Formula One teams prepared to work late into the night on Thursday to get their cars ready for the Sao Paulo Grand Prix after freight, including ...
Motoring
3 weeks ago

Argentines lined the streets of Juan Manuel Fangio's birthplace on Wednesday to applaud as the remains of the 1950s Formula One great went on one ...
Motoring
3 weeks ago

Lewis Hamilton stayed onside with his Brazilian fans on Wednesday by calling up soccer star Neymar ahead of a big weekend for the Briton's bid for a ...
Motoring
3 weeks ago