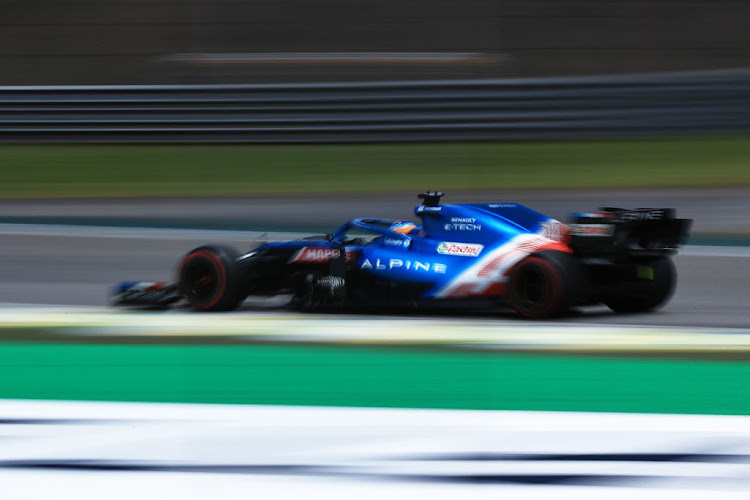 Fernando Alonso was fastest for Alpine in final free practice for the Sao Paulo Grand Prix on Saturday as the sport waited for stewards to rule on cases involving Formula One title contenders Max Verstappen and Lewis Hamilton.

Red Bull's Verstappen saw stewards at Interlagos in the morning over a potential breach of the international sporting code after Friday's qualifying for the Saturday sprint that sets the grid for Sunday's grand prix.

Video footage showed the Dutch driver inspecting the rear wings of his and Hamilton's cars and touching them with his hands.

Seven times world champion Hamilton, fastest on Friday, meanwhile risks being sent to the back of the grid or a pit lane start for the 100km sprint after the rear wing of his Mercedes failed a technical inspection.

That would be a big blow for the Briton's hopes of a record eighth title, with Dutchman Verstappen 19 points clear and four races remaining including Sunday.

Hamilton's rear wing assembly was impounded on Friday and he was given dispensation to take part in final practice with a replacement.

Verstappen was second fastest in the sunny session, as he was in qualifying, while Hamilton was fifth. Mercedes' Valtteri Bottas was third and Alpine's Esteban Ocon fourth.

Red Bull team boss Christian Horner said he would be amazed if Verstappen picked up any penalty for an action that he said had become commonplace.

"I think, as we’ve seen with many, many drivers, they sometimes have a look around at what’s going on with the other cars. That’s all it was, a bit of inquisitiveness. Nothing more," he told Sky Sports television.

"We’ve had drivers pull our clutch paddles, we’ve had heads in cockpits, we’ve had front wings tested, tyres pushed, cars rolled around. It’s not something that’s unusual. It’s never been brought up or even discussed previously.

"Obviously Mercedes’ straight-line speed is very impressive. I think he’s maybe just having a look at that. Drivers are very inquisitive animals sometimes, aren’t they? We’ve seen that many, many times."

Horner suggested the decision regarding Mercedes should be straightforward, since the car had failed the FIA test.

Formula One title rivals Max Verstappen and Lewis Hamilton both faced possible sanctions on Saturday after being accused of breaking the rules ahead ...
Motoring
6 months ago

Seven-time world champion Lewis Hamilton lapped fastest for Mercedes in practice for the Sao Paulo Formula One Grand Prix on Friday after incurring a ...
Motoring
6 months ago