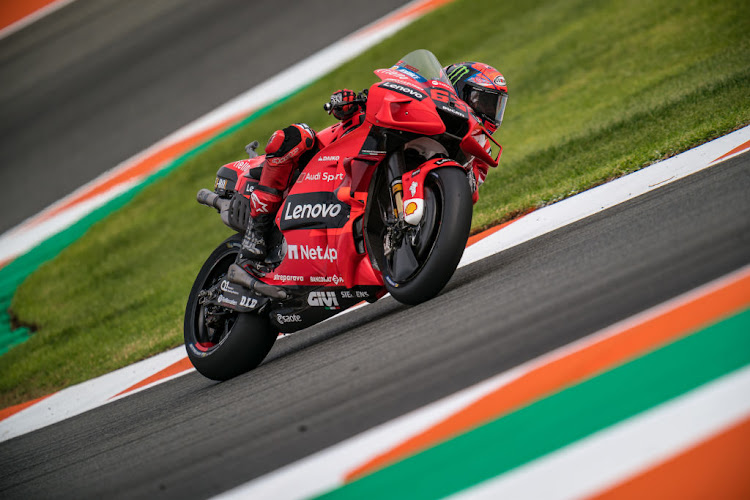 Pramac Racing's Spanish rookie Jorge Martin made a strong start from pole position and held off a pack of challengers but was denied a second victory of the season after being overtaken by Bagnaia with 13 laps left.

Australian Jack Miller of Ducati was third while 2020 world champion Joan Mir of Spain missed out on a podium position after surging forward following a crash by Suzuki team mate Alex Rins midway through the race.

Seven-times MotoGP title winner Rossi, one of the greatest and most charismatic of motorcycling champions, delighted fans including Brazilian soccer great Ronaldo with a few quick laps but was unable to add to his 199 premier class podiums.

The 42-year-old Italian, nicknamed "The Doctor", is considering a move into car racing.

Formula One stewards fined Red Bull's championship leader Max Verstappen €50,000 (roughly R876,718) on Saturday after he touched and examined the ...
Motoring
3 weeks ago

Formula One stewards sent title contender Lewis Hamilton from first to last in the lineup for Saturday's Sao Paulo sprint race after his Mercedes ...
Motoring
3 weeks ago