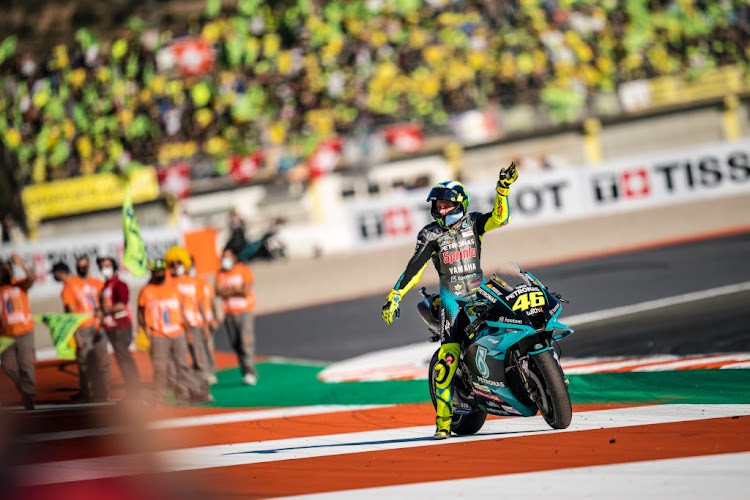 Nine-times world champion Valentino Rossi was inducted into MotoGP's Hall of Fame after the Italian put an end to his illustrious career of more than two decades with a 10th-place finish at the Valencia Grand Prix on Sunday.

Seven-times MotoGP title winner Rossi, one of the greatest and most charismatic motorcycling champion, delighted fans with quick laps at Valencia's Ricardo Tormo circuit, but was unable to add to his 199 premier-class podiums.

The 42-year-old, nicknamed "The Doctor", is considering a move into car racing after competing in Grand Prix motorcycling.

"I always think of this day like a nightmare because it's the end of a long career and I thought it would be in Valencia, but in the end I enjoyed it a lot so I have to thank everyone," Rossi said.

"Everyone who has worked with me, the whole paddock, the other riders, it was an unforgettable day and I enjoyed it. It was a long career  and always a pleasure."

Rossi, the only rider to win titles in the 125cc, 250cc, 500cc and MotoGP categories, took a final lap of honour on Sunday to a standing ovation from the crowd as fireworks dotted the sky before an emotional farewell with his Petronas Yamaha team.

A showman on the bike and off it, and famed for his post-victory antics, Rossi last won a MotoGP race in 2017 with Yamaha in the Dutch TT at Assen.

Ducati's Francesco Bagnaia claimed his fourth victory in the last six MotoGP races at the season-ending Valencia Grand Prix on Sunday as nine-times ...
Motoring
6 months ago

McLaren's Lando Norris paid tribute to his boyhood idol Valentino Rossi on Thursday and revealed they had exchanged text messages ahead of the ...
Motoring
6 months ago

Seven-times MotoGP world champion Valentino Rossi says he is pleased with his achievement in a glittering 25-year career of popularising the sport as ...
Motoring
6 months ago