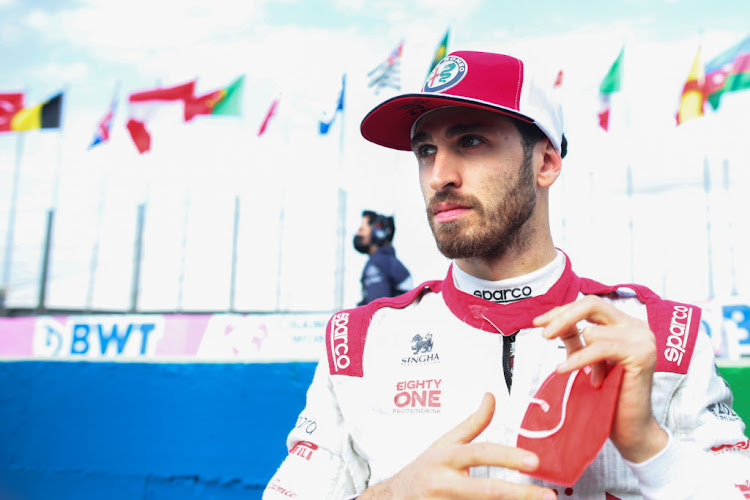 Antonio Giovinazzi before the start of the F1 Grand Prix of Brazil at Autodromo Jose Carlos Pace on November 14 2021 in Sao Paulo.
Image: Peter Fox/Getty Images

Alfa Romeo's Formula One ties to Ferrari will remain close despite the replacement of Italian driver Antonio Giovinazzi with China's Guanyu Zhou next season, according to team boss Frederic Vasseur.

His departure means the Swiss-based team will have no Ferrari-backed driver for the first time since 2017, when Sweden's Marcus Ericsson and Germany's Pascal Wehrlein were there.

Alfa, the team who were Sauber before the rebranding, gave a debut to Ferrari protege Charles Leclerc in 2018.

Finland's Kimi Raikkonen, the 2007 world champion who is retiring at the end of this year, joined from Ferrari in 2019 — a return to the team he started out with in 2001 — in a swap with Leclerc.

Raikkonen is being replaced by compatriot Valtteri Bottas from Mercedes, while Zhou has come through Renault-owned Alpine's academy.

"When we built up the relationship it was a clear situation. W6e had Charles who was already doing some FP1 (Friday free practice sessions) and then Antonio was in the pipeline," said Vasseur.

"But to block one seat for an academy, it doesn't matter which, is a bit unrealistic because an academy can't have a good driver each year. It would  make no sense for them at the end," he added.

Vasseur said there was a general misunderstanding that the engine supply was linked to the team's driver choice but there was no obligation there.

He said he remained "more than open" to future collaboration with Ferrari on young drivers and would likely discuss the matter this weekend at the Qatar Grand Prix.

Mick Schumacher, son of seven times champion Michael, is in his rookie season with Ferrari-powered Haas and staying there for 2022.

"We are very keen to develop this side of the partnership but it's not an obligation at all," said Vasseur.

Giovinazzi has spent three seasons at Hinwil and has started 59 races in total with the team, scoring a best result of fifth in Brazil in 2019. His departure leaves Formula One without an Italian driver.

Alpine have promoted Australian Oscar Piastri to the role of reserve driver for the 2022 Formula One season, the French manufacturer said on Tuesday
Motoring
2 weeks ago

Lewis Hamilton and Max Verstappen shook hands after the Sao Paulo Grand Prix but the gloves are now well and truly off between Formula One rivals ...
Motoring
2 weeks ago