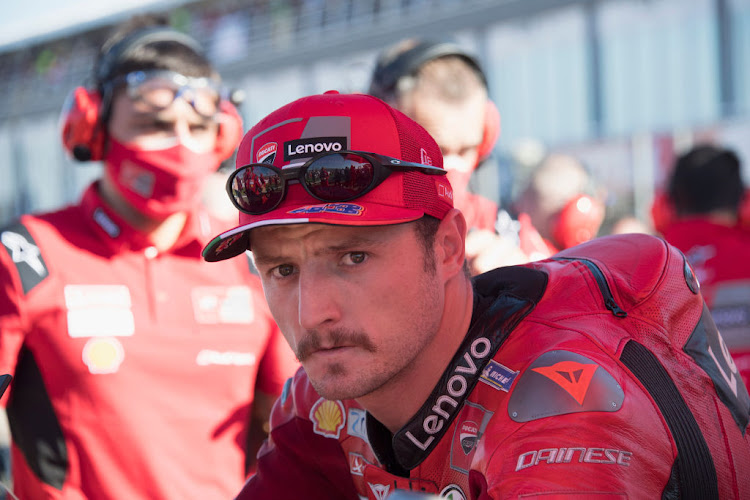 Jack Miller will take part in the final round of the Australian Superbike Championship (ASBK) next month.
Image: Mirco Lazzari/Getty Images

Ducati's MotoGP rider Jack Miller will race on home turf for the first time in two years when he takes part in the final round of the Australian Superbike Championship (ASBK) next month, the team said on Tuesday.

Miller, who finished fourth in the riders standings in the recently concluded MotoGP season, will race on board Ducati at The Bend Motorsport Park in South Australia from December 3-5.

The 26-year-old has not had the chance to race at home since the MotoGP rounds at Phillip Island were cancelled in 2020 and 2021 due to the Covid-19 pandemic.

“I am really excited to be able to have this opportunity and race the final round of Australian Superbike Championship,” Miller said in a statement on the ASBK website.

“I would love to say a massive thank you to the guys at Ducati for allowing me this opportunity amidst our busy testing schedule.

“To go and race in front of the Australian fans is a massive privilege and honour.”

ASBK said the final round will have spectators in attendance with South Australia easing travel restrictions over the coming weeks.

Nine-times world champion Valentino Rossi was inducted into MotoGP's Hall of Fame after the Italian put an end to his illustrious career of more than ...
Motoring
1 week ago

Ducati's Francesco Bagnaia claimed his fourth victory in the last six MotoGP races at the season-ending Valencia Grand Prix on Sunday as nine-times ...
Motoring
1 week ago

Seven-times MotoGP world champion Valentino Rossi says he is pleased with his achievement in a glittering 25-year career of popularising the sport as ...
Motoring
2 weeks ago