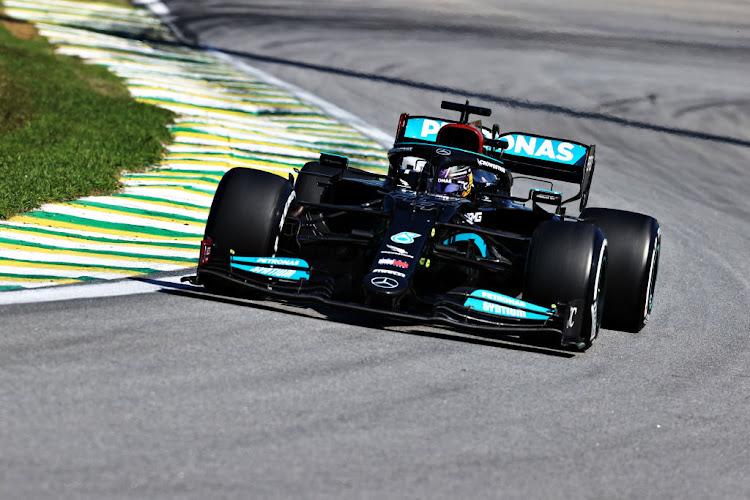 Formula One stewards will hear Mercedes representatives on Thursday to decide whether to grant a request for a review of the Sao Paulo Grand Prix incident between title contenders Lewis Hamilton and Max Verstappen.

Mercedes asked for a review on Tuesday on grounds that significant new evidence had emerged since last Sunday's race at Interlagos.

Championship leader Verstappen appeared to force Mercedes' seven-time world champion Hamilton off the track as they jostled for the lead.

The stewards took note of the lap 48 incident during the race but concluded, on the basis of the evidence they had, that no investigation was necessary.

Hamilton eventually passed Verstappen 11 laps later and won the race but Mercedes team boss Toto Wolff felt the Dutch driver should have been handed at least a five-second penalty.

The stewards said in a statement on Wednesday that the hearing would determine whether the right of review existed in this case.

The Mercedes team manager and up to three witnesses were required to attend the video conference at 1700 local time (1400GMT) ahead of this weekend's Qatar Grand Prix.

Damon Hill, the 1996 world champion, told Sky Sports television that Verstappen had used “every bit of road he possibly could” to keep Hamilton behind.

“At the time I thought that was a penalty but I think the other way of looking at it is that you let things run their course.

“We're caught between the desire to let racing drivers manage their own races and interrupting that flow with restrictions like penalties.

“It wasn't dangerous what happened, it was excessive defending of his position,” added the Briton.

McLaren's Lando Norris and Ferrari's Carlos Sainz, who were playing golf together in Doha on Wednesday, said the matter would be discussed at the next drivers' briefing.