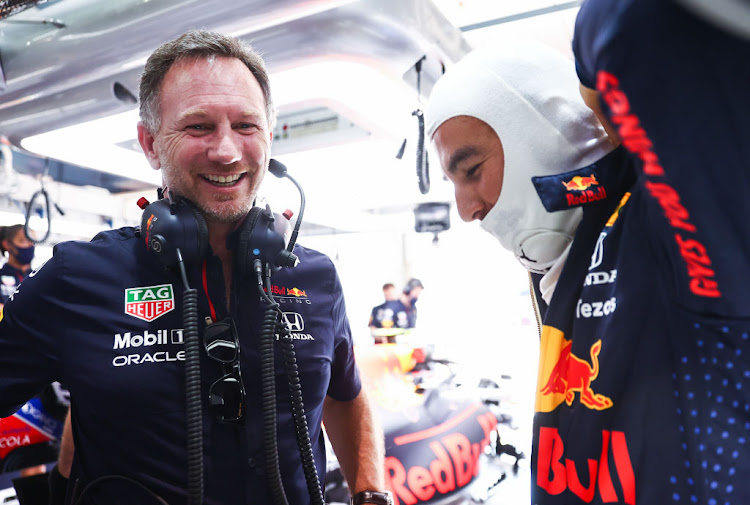 Red Bull are concerned about the legality of the rear wing used by Formula One rivals Mercedes and will protest if they see something suspicious at this weekend's Qatar Grand Prix, principal Christian Horner said on Friday.

Horner was speaking after stewards rejected a Mercedes request to review a decision not to punish Red Bull's championship leader Max Verstappen for an incident with Lewis Hamilton at the previous race in Brazil.

Mercedes boss Toto Wolff, whose team lead Red Bull by 11 points in the constructors' championship, told reporters earlier on Friday that the gloves were off in the title battle between the two teams.

Red Bull have long had suspicions about the Mercedes rear wing, with Verstappen feeling it with his hands after a Saturday sprint race in Brazil, earning himself a €50,000 (roughly R887,395) fine.

Asked whether he suspected the wing was “somehow dumping drag even with the drag reduction system closed at certain high speeds”, with 'score marks' from flexing apparently visible on the end-plates, Horner told Sky Sports television:

“There's very specific regulations about this. And obviously the directives that came out prior to Azerbaijan (in June) had a material effect.

“I think this is something even more advanced ... it's hidden in the way that it operates so that it's harder to spot from a camera.

“But you can see the straight line performance since Hungary (in August), and particularly in the last two grands prix, has gone exponential. And I think that obviously concerns us.”

The FIA introduced new flexibility tests after Azerbaijan following suspicions some teams were bending the rules with wings that passed static inspection but worked differently at speed.

Asked whether Red Bull were prepared to protest, Horner replied: “Make no bones about it, if we see it on the car here it will be protested.”

Horner said the wing was likely to be less of a factor in Qatar than at Saudi Arabia's Jeddah street circuit and Abu Dhabi, the last two races of the season.

“You could have a situation like Brazil where the car (Mercedes) is quite simply unraceable,” he said of his rivals' straight line speed.

Formula One stewards rejected on Friday a request by Mercedes to review their Sao Paulo Grand Prix decision not to penalise Red Bull's championship ...
Motoring
6 months ago

Seven-time F1 world champion Lewis Hamilton dismissed speculation about the steering of his Mercedes on Thursday and said the column was changed in ...
Motoring
6 months ago