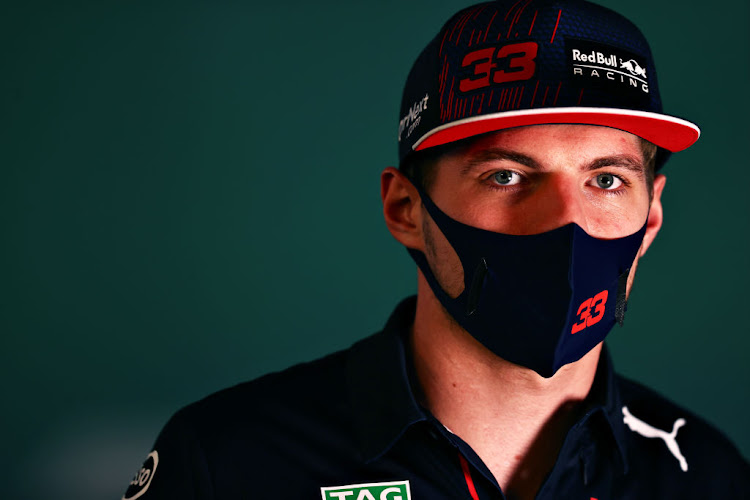 Max Verstappen looks on in the paddock during previews on November 18 2021 ahead of the F1 Grand Prix of Qatar at Losail International Circuit in Doha.
Image: Mark Thompson/Getty Images

Red Bull's F1 championship leader Max Verstappen says he does not expect to be punished retrospectively for a defensive move against Lewis Hamilton at the Sao Paulo Grand Prix in Brazil — and would do it again.

Hamilton's Mercedes team requested a review of the incident, with stewards hearing representatives of both teams on Thursday ahead of this weekend's Qatar Grand Prix to decide how to proceed.

The governing FIA said the stewards would publish their decision on Friday.

Both drivers went off track as Verstappen defended, with Mercedes feeling the Dutch youngster should have had a time penalty.

Hamilton ultimately overtook his rival anyway and won the race at Interlagos.

Verstappen, now 14 points ahead of the seven time world champion, said last Sunday's race had been a good battle between the two contenders.

Formula One stewards will hear Mercedes representatives on Thursday to decide whether to grant a request for a review of the Sao Paulo Grand Prix ...
Motoring
1 week ago

Asked whether he would repeat the move in the same circumstances against Hamilton, Verstappen replied: "Yes. As a driver, I think we know exactly what we can or cannot do in a car, and we were fighting hard, braking late into the corner, the tyres were quite worn.

"If I would have turned more abrupt to the left, you'd just spin off the track."

The 24-year-old said he is not worried about a retrospective time penalty that could cost him points.

"I don't even think about that," he said. "Also — if, if, if ... I mean, it's not the end of the world. But again, I don't expect that to happen, because I thought it was fair, hard racing between two guys who are fighting for the championship.

"So it wouldn't have been, anyway, an easy pass, because that's not how I am — and I don't think how it should be when you're fighting for the title."

Verstappen was asked whether he had seen the video footage from his own car's forward-facing camera, images that were not available at the time to stewards.

"I didn't need to look at the footage because I was driving the car," he replied.

Hamilton told reporters separately that he was focusing on the weekend ahead.

"I've literally just tried to give all my energy to getting ready for this weekend, making sure we arrive and hit the ground running," he said.

"I have no idea where they're going with the discussion or what could be the outcome."

Seven-time F1 world champion Lewis Hamilton dismissed speculation about the steering of his Mercedes on Thursday and said the column was changed in ...
Motoring
1 week ago

Lewis Hamilton and Max Verstappen take their title battle into the unknown this weekend as Qatar hosts a Formula One grand prix for the first time at ...
Motoring
1 week ago

Saudi Arabian Formula One Grand Prix organisers say they can be proud of their record on construction safety and worker rights as they rush to ready ...
Motoring
1 week ago

Lewis Hamilton and Max Verstappen shook hands after the Sao Paulo Grand Prix but the gloves are now well and truly off between Formula One rivals ...
Motoring
1 week ago