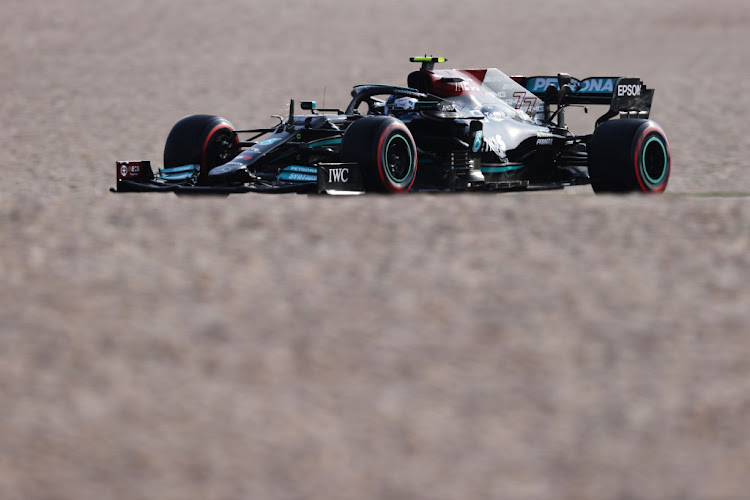 Valtteri Bottas during final practice ahead of the F1 Grand Prix of Qatar at Losail International Circuit on November 20, 2021 in Doha, Qatar.
Image: Lars Baron/Getty Images

Red Bull's championship leader Max Verstappen, who is 14 points clear of Hamilton with three races remaining in the Middle East, was third fastest but 0.341 seconds off the pace set by Bottas.

Bottas, who has taken three pole positions in the last four races and lapped fastest in Friday practice, put in a best time of 1:22.310 seconds and was 0.078 quicker than Hamilton.

Verstappen did fewer laps than Hamilton after losing time as Red Bull worked on his car's fluttering rear wing – a topical issue after the team made accusations about apparent wing flexing on Hamilton's Mercedes.

Russian rookie Nikita Mazepin, who missed Friday's second session as his Haas team changed the chassis, had another frustrating session and again failed to set a time with the engine control unit and loom needing to be replaced.

Mercedes Formula One team boss Toto Wolff declared the gloves were off as he and Red Bull rival Christian Horner engaged in more verbal sparring at ...
Motoring
1 week ago

Valtteri Bottas lapped fastest for Mercedes in floodlit free practice on Friday as Formula One prepared to race in Qatar for the first time with the ...
Motoring
1 week ago

Red Bull are concerned about the legality of the rear wing used by Formula One rivals Mercedes and will protest if they see something suspicious at ...
Motoring
1 week ago