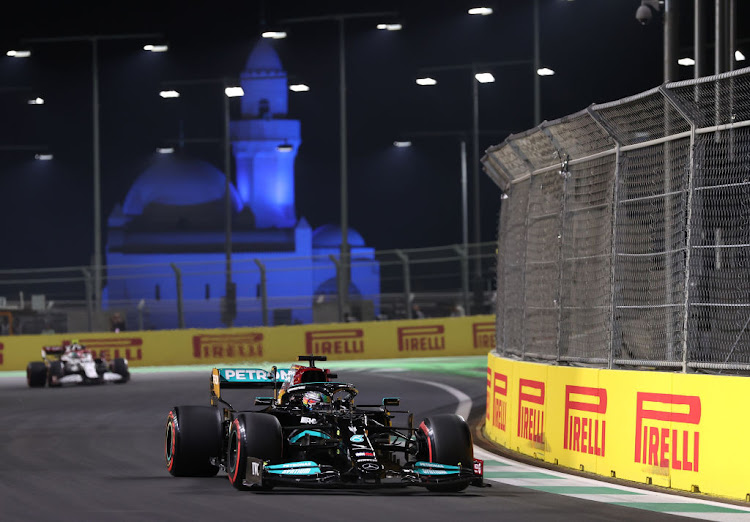 Formula One stewards reprimanded Lewis Hamilton and fined his Mercedes team after summoning the seven-times world champion on two counts ahead of Saudi Arabian Grand Prix qualifying on Saturday.

The decisions lifted the threat of a grid penalty for the penultimate race of the season, one that the Briton needs to win as he seeks to overturn Red Bull rival Max Verstappen's eight-point lead.

Verstappen can take the title in Jeddah on Sunday if he scores 18 points more than Hamilton.

Race director Michael Masi, speaking to the Haas team during the session, noted the lack of white flags warning Hamilton of the speedily-approaching Russian.

Mercedes alerted the Briton over the team radio but too late for him to move out of the way.

The stewards took no further action over the first summons related to an alleged failure to respect double yellow flags requiring drivers to slow down and be prepared to stop.

They said the double yellow flag warning on the marshalling system was activated accidentally for less than a second and no flag or yellow lights were displayed to the driver.

Hamilton summoned to stewards ahead of qualifying for Saudi GP

Seven-times Formula One champion Lewis Hamilton was summoned to the stewards and could be hit with a grid penalty ahead of qualifying for the Saudi ...
Motoring
1 month ago

A spate of tyre failures during last month's Qatar Grand Prix were caused by running over the circuit's kerbs and not due to any production defects, ...
Motoring
1 month ago