Hamilton fastest ahead of Verstappen in final Abu Dhabi practice 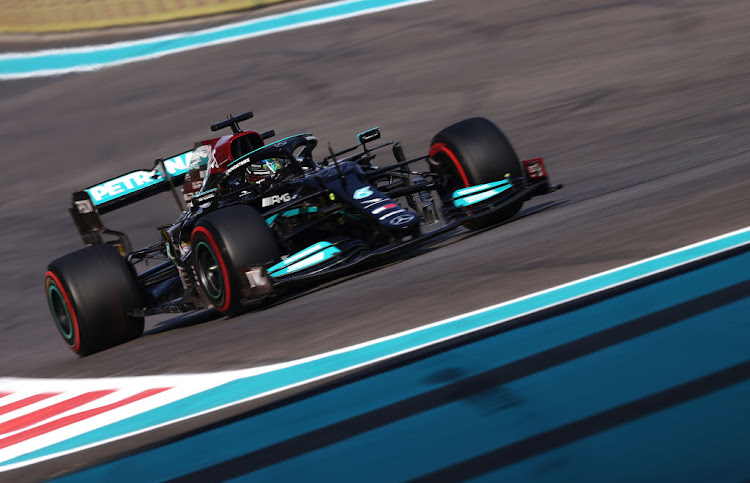 Lewis Hamilton beat Max Verstappen to the fastest lap in the final practice session of the Formula One season, marking himself out as favourite for pole position ahead of their title showdown at the Abu Dhabi Grand Prix.

The Briton steered his Mercedes around the revised 5.2km layout of the Yas Marina track in 1:23.274 seconds, beating his Red Bull rival by 0.214 seconds.

Valtteri Bottas, in his final race with Mercedes ahead of a switch to Alfa Romeo next season, was third 0.751 seconds off the pace.

Saturday's final hour of running ahead of qualifying was not smooth sailing for either of the two contenders.

Verstappen, who had led Friday's first session of practice before struggling for outright speed in the second session, lost track time as Red Bull carried out work on his rear wing to solve what team boss Christian Horner called a "reliability issue."

Hamilton, who pushed his rival off the timesheets to end Friday with the fastest time, set his benchmark early on. But, he then struggled to improve on it in later attempts as his rear tyres overheated.

Verstappen, 24, and Hamilton, 36, head into Sunday's race, a winner-takes all showdown, level on points. But the Dutchman is ahead 9-8 on wins.

A repeat of their practice results in qualifying will see them line up alongside each other on the front row, setting up a thrilling finale to their battle of the generations.

The pair have already collided three times this season, raising concerns that a riveting title battle might end in a crash.

But the governing FIA has warned drivers of severe consequences, such as a points deduction, for unsportsmanlike behaviour.

Mexican Sergio Perez was fourth in the other Red Bull ahead of McLaren's Lando Norris.

Spaniard Carlos Sainz was eighth for Ferrari ahead of McLaren's Daniel Ricciardo. Charles Leclerc in the other Ferrari completed the top 10.

Kimi Raikkonen, who crashed out of Friday practice, was back on track in his repaired Alfa Romeo.

The 42-year-old Finn, heading off into retirement after Sunday's race, ended his final Formula One practice session 13th.

Lewis Hamilton pushed Formula One rival Max Verstappen off the top of the timesheets to end the opening day of practice for their title showdown at ...
Motoring
1 month ago