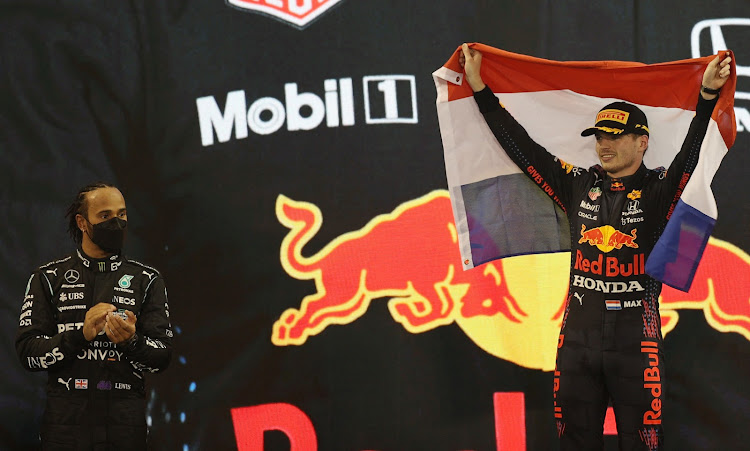 Mercedes, who won the constructors' championship for an unprecedented eighth successive year but had their run of double dominance ended, protested about the result within half-an-hour of the chequered flag.

Verstappen took his first Formula One title, denying rival Lewis Hamilton a record eighth, with a last-lap overtake to win a season-ending Abu Dhabi Grand Prix that started and ended amid high drama and controversy.

But, even as Verstappen celebrated and Hamilton came to terms with defeat, the Briton's Mercedes team lodged two safety-car related protests.

One had to do with Verstappen pulling up alongside and edging ahead of Hamilton; the other with the resumption of racing.

The safety car was deployed after Canadian Nicholas Latifi crashed his Williams with five laps to go and Australian race director Michael Masi then decided not to demand all lapped cars pass it before resuming racing.

That allowed Verstappen - on fresher, faster tyres after strategic stops - to close and go wheel-to-wheel with Hamilton for the lead.

At one point it had seemed the race would be finishing behind the safety car, which would have handed Hamilton the title instead.

Race control initially said the lapped cars, acting as a buffer between Hamilton and Verstappen would not be allowed to overtake, much to Red Bull's frustration.

But they later decided to let them through, putting Verstappen right on Hamilton's tail for one final flat-out lap, with the Dutchman seizing his chance to pass Hamilton for the lead.

Red Bull's Max Verstappen won the Abu Dhabi Grand Prix and his first Formula One title with a last lap overtake on Sunday to deny championship rival ...
Sport
1 month ago