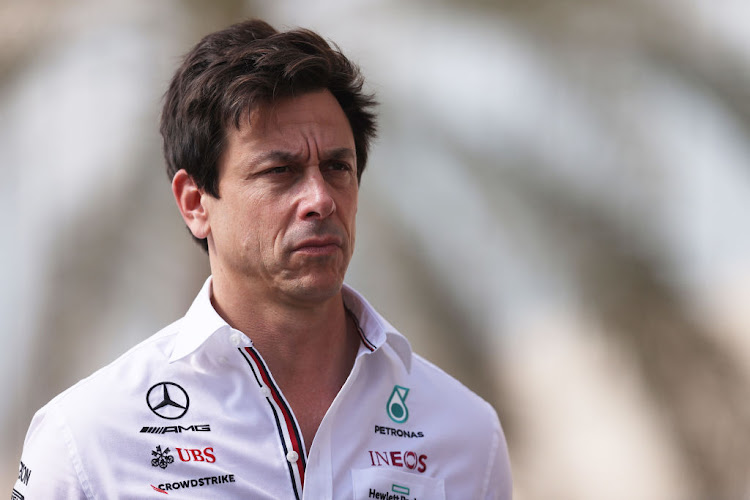 Red Bull's Max Verstappen took his first Formula One title, denying rival Lewis Hamilton a record eighth, with a last-lap overtake to win a season-ending Abu Dhabi Grand Prix that started and ended amid high drama and controversy on Sunday.

Hamilton's Mercedes team, who won the constructors' championship for an unprecedented eighth successive year but had their run of double dominance ended, protested about the result within half-an-hour of the chequered flag.

“It's insane,” said Verstappen, Formula One's first Dutch world champion, of a race that started with the 24-year-old on pole position and level on points with Hamilton and ended in uproar.

Verstappen's hopes had sunk and risen as the stewards first refused to intervene and then decisively pushed the boundaries.

“This is unbelievable guys! Can we do this for another 10-15 years together?” he had said over the radio after the most emotional lap of his life.

Red Bull's Max Verstappen won the Abu Dhabi Grand Prix and his first Formula One title with a last lap overtake on Sunday to deny championship rival ...
Sport
1 month ago

“We needed a bit of luck and we got it,” said team boss Christian Horner, who had said earlier in the race that it would take a miracle to win.

“We are disappointed there has been a protest but we trust in the FIA.”

The floodlit race at Yas Marina avoided the collision many had feared, with Verstappen becoming champion if Hamilton failed to score, but instead left the battle raging off track.

“Michael, this isn't right,” said Mercedes principal Toto Wolff over the radio after the safety car rules were tweaked in Verstappen's favour.

The safety car was deployed after Canadian Nicholas Latifi crashed his Williams with five laps to go and Masi then decided not to demand all lapped cars pass it before resuming racing.

Hamilton fastest ahead of Verstappen in final Abu Dhabi practice

Lewis Hamilton beat Max Verstappen to the fastest lap in the final practice session of the Formula One season, marking himself out as favourite for ...
Motoring
1 month ago

That allowed Verstappen — on fresher, faster tyres after strategic stops — to close and go wheel-to-wheel with Hamilton for the lead.

At one point it had seemed the race would be finishing behind the safety car, which would have handed Hamilton the title instead.

“We were screaming at the end to let them race,” said Horner, whose partners Honda are now departing the sport. “It is unheard of to leave the cars unlapped. They wanted to get the race going again. They absolutely made the right call.”

Hamilton, who had been heading for a fourth successive race win and 104th of his career, congratulated the new champion.

“I think we did an amazing job this year, with my team. Everyone back at the factory, all the men and women we have, and here, worked so hard this whole year,” he said.

“It's been the most difficult of seasons and I'm so proud of them, so grateful to be a part of the journey with them. We gave it everything this last part of the season and never gave up, that's the most important thing.”

Verstappen ended the season with 10 wins to Hamilton's eight, having also led more laps and taken more poles and podiums.

Hamilton's team mate Valtteri Bottas was sixth in his last race for the team, ahead of McLaren's Lando Norris and the Alpines of Esteban Ocon and Fernando Alonso.

Lewis Hamilton pushed Formula One rival Max Verstappen off the top of the timesheets to end the opening day of practice for their title showdown at ...
Motoring
1 month ago

Verstappen's Mexican team mate Sergio Perez, hailed as a “legend” by the Dutch driver for slowing Hamilton significantly while leading earlier in the race, was retired by Red Bull in the pits.

The race hit immediate controversy on the opening lap when the title rivals almost collided after the Briton had taken the lead.

Hamilton was pushed wide, cutting a corner as he came back still in front of Verstappen who had made a lunge on the inside and seemed to be ahead at the turn, and stewards decided no investigation was needed.

“That's incredible. What are they doing here?” said Verstappen when informed.

Horner told Sky Sports television from the pitwall that there was “a total lack of consistency” in the stewards' decision and his team now had to “do it the hard way”.

Russian Formula One rookie Nikita Mazepin will not race in Sunday's season-ending Abu Dhabi Grand Prix after testing positive for Covid-19, his Haas ...
Motoring
1 month ago