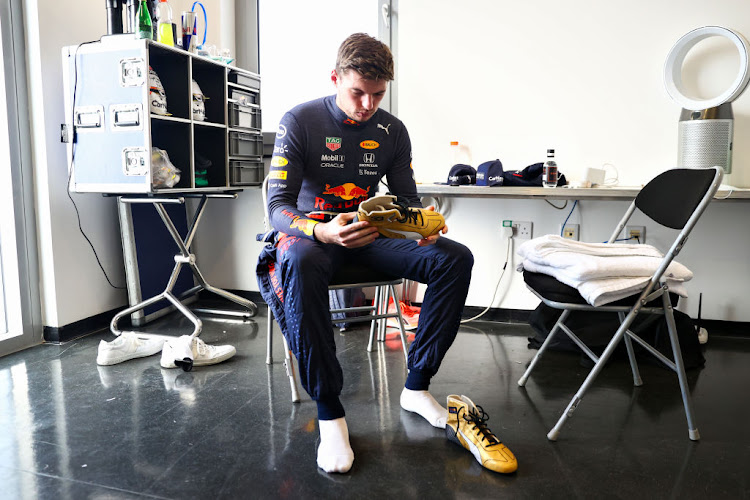 Max Verstappen donned golden shoes as he got back behind the wheel for tyre testing in Abu Dhabi on Tuesday after winning the Formula One world championship for Red Bull.

Mercedes are still deciding whether to appeal the result of the race and have until Thursday, the night Verstappen is due to receive the champion's trophy at a gala awards ceremony in Paris.

Verstappen overtook Hamilton seven corners from the end on Sunday after the safety car rules were tweaked, giving him an opportunity that Mercedes thought he should not have been allowed.

George Russell turned out for Mercedes, starting the next stage of his career after leaving Williams and replacing Valtteri Bottas.

Guanyu Zhou, who will become China's first Formula One driver next season, tested for Alfa Romeo with Bottas also making his debut with the Swiss-based team.

McLaren gave Mexican IndyCar driver Pato O'Ward his first proper run out in F1 machinery with Daniel Ricciardo also completing a day of testing before heading for quarantine in Australia.

"What a car ... I was expecting something ridiculous, but this is more than ridiculous," O'Ward said of the experience. "I was struggling to keep my head up at the end.

"Nothing I've driven comes close to this, not even a hint of close. It is unbelievable."

Lewis Hamilton was not robbed of a Formula One championship and Mercedes will look like bad losers if they appeal Max Verstappen's success, the ...
Motoring
1 month ago