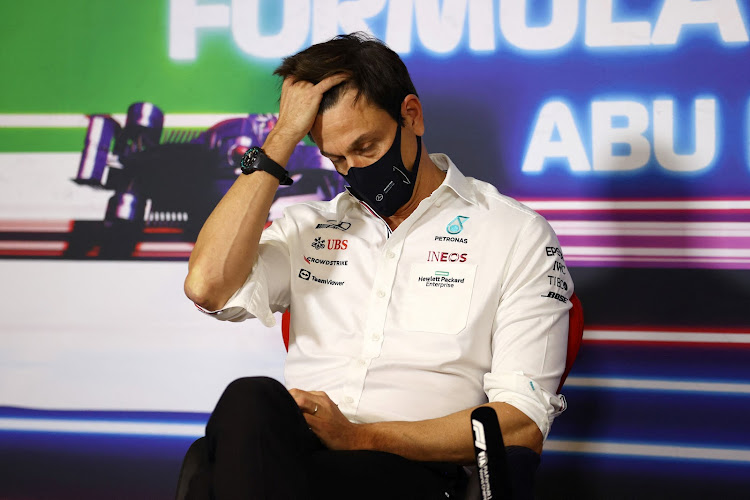 Abu Dhabi last Sunday saw both Wolff and Red Bull Boss Christian Horner talking to Masi heatedly during one of the most controversial moments in the sport's history.
Image: Reuters

Radio access to Formula One race director Michael Masi should be limited to prevent anyone lobbying for their team or putting pressure on him, Mercedes boss Toto Wolff said on Thursday.

The final race of the season in Abu Dhabi last Sunday saw both Red Bull Boss Christian Horner and Wolff talking to Masi heatedly during one of the most controversial moments in the sport's history.

The Australian's decision to alter the safety car procedure to allow for a last lap of racing cost Mercedes' Lewis Hamilton a record eighth title and handed a first to Red Bull's Max Verstappen, who overtook his rival seven corners from the end.

“I think the team principals shouldn't speak directly to the race director. It should be the sporting directors,” Wolff told reporters.

“I would even go one step further. I don't think the sporting directors should be lobbying the race director or exercising pressure.

“I think they should be pointing to situations that the race director and his colleagues might have not spotted, but not lobby or pressurise.”

This year was the first time radio exchanges between the teams and Masi have been broadcast, to give television viewers more insight, and Wolff said he blamed himself in part for taking that decision with other bosses.

“It was meant well but I think we overshot ... we were given the opportunity to talk to the race director directly and because we fight so fiercely for the interest of our teams all of us overstepped,” he said.

During Sunday's race Wolff told Masi: “Michael, please no safety car, it interferes with the race.”

He then said, when the safety car period was about to end without all lapped cars unlapping themselves: “We need to go back to the lap before”. The Australian replied: “Toto, It's called a motor race.”

Verstappen sees no reason for Hamilton to stop racing

Mercedes team boss says it's not a certainty that Lewis will race next season after the pain of being 'robbed' of a record eighth title.
Motoring
1 month ago