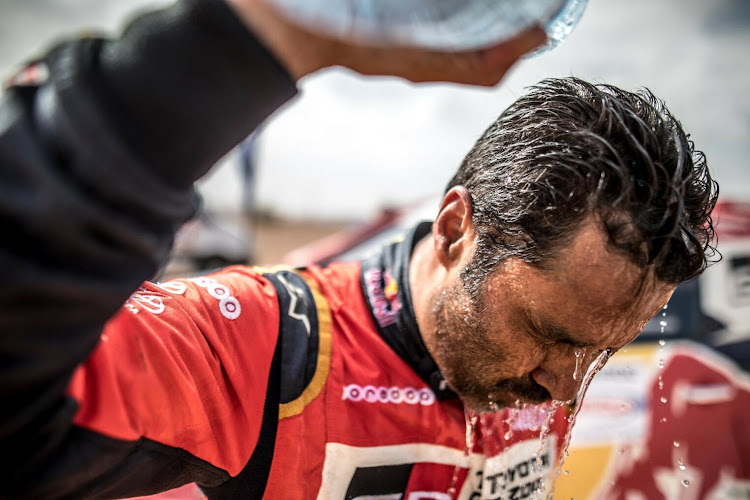 Qatar's Nasser al-Attiyah won the prologue to the Dakar Rally in Saudi Arabia on Saturday as last year's overall runner-up made a strong start to his bid for a fourth victory in the endurance event.

The Toyota Hilux driver was 12 seconds quicker than Spain's three-time winner Carlos Sainz, driving the electric Audi RS Q E-Tron, over the 19km timed sprint stage 1A before a 595km liaison between Jeddah and Ha'il.

South African Brian Baragwanath was in third place in a Century Racing buggy.

Audi, with reigning champion and 14-time winner Stephane Peterhansel joining Sainz and Sweden's Mattias Ekstroem in the team, is seeking to become the first manufacturer to win the Dakar with an electrified powertrain.

Peterhansel was ranked 14th in the car category after the prologue, one minute and 12 seconds off the pace, with Ekstroem 15th.

“We raced for 20km and got the race going. We're being very cautious and keeping tabs on all the parameters, but the car feels nice to drive,” said Peterhansel.

“The car is good at going over dunes, which is also great.”

The top 10 finishers in the car category in the prologue get to choose their starting position in the top 10 for Sunday's stage 1B, with Al-Attiyah having the final say on where he starts.

The Dakar, being run entirely in Saudi Arabia for the third time and featuring 409 vehicles at the start, is now in its 44th edition.

The annual rally started in 1978 as a race from Paris to the Senegalese capital, Dakar, but moved from Africa to South America for safety reasons in 2009.

One of motorsport's most dangerous and gruelling events, the rally moved to Saudi Arabia in 2020.

Three all-South African crews will be taking part in the 2022 edition of the Dakar Rally, as part of the four-car Toyota Gazoo Racing team.
Motoring
4 weeks ago

A week before her flight to Saudi Arabia, Landman, 30, tested positive for Covid-19.
News
4 weeks ago

Earlier this year Audi revealed its electric contender for the 2022 Dakar rally. The gruelling competition is set to kick off on Saturday in Saudi ...
Motoring
4 weeks ago