Robert Wickens to return to cockpit after near fatal crash 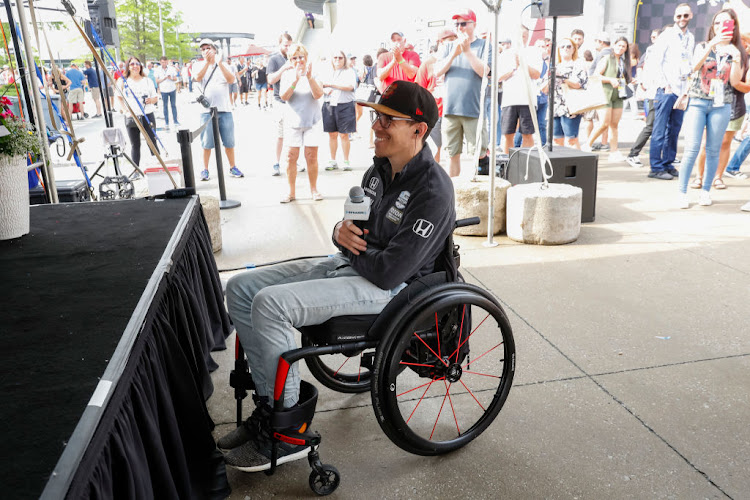 Wickens, a former-F1 test driver, sustained devastating spinal injuries and multiple fractures to his arms and legs in a crash at Pocono Raceway in 2018.
Image: Michael Hickey/Getty Images for SiriusXM

Robert Wickens, who was left partially paralysed after a near fatal IndyCar crash, will get back in a race car for the first time since his accident by racing in the IMSA Michelin Pilot Cup championship, the Canadian said on Friday.

Wickens will team up with compatriot Mark Wilkins driving a Hyundai prepared by Bryan Herta Autosport (BHA) in the series season opener on January 28, a four-hour endurance race that is part of the 24 Hours at Daytona race weekend.

“It’s been a long, winding and difficult road to this point and the journey is not over but (I'm) thankful we’ll be able to move down the road with a bit more speed,” said Wickens on Twitter. “Now, let’s go win.”

Wickens, a former Formula One test driver, sustained devastating spinal injuries and multiple fractures to his arms and legs in a crash at Pocono Raceway in 2018 when his car went airborne, catapulted into the catch-fencing and disintegrated across the track.

The specially designed car he will now drive is fitted with a custom hand-control system and switch that deactivates the hand throttle when Wilkins takes over the cockpit.

“Today is a monumental day for us as a team and as fans of Robert Wickens,” said Bryan Herta, president of BHA in a statement. “We have followed along with Robert’s rehabilitation and marvelled at his determination and dedication, along with his many, many fans.

“To now announce that he will be making his professional motorsports return in one of our Hyundai Elantra N TCR cars is truly incredible.”

MotoGP great Rossi to race on four wheels in 2022

Seven-time MotoGP motorcycle world champion Valentino Rossi said he will return to the track to compete in car racing in the GT World Challenge ...
Motoring
2 weeks ago