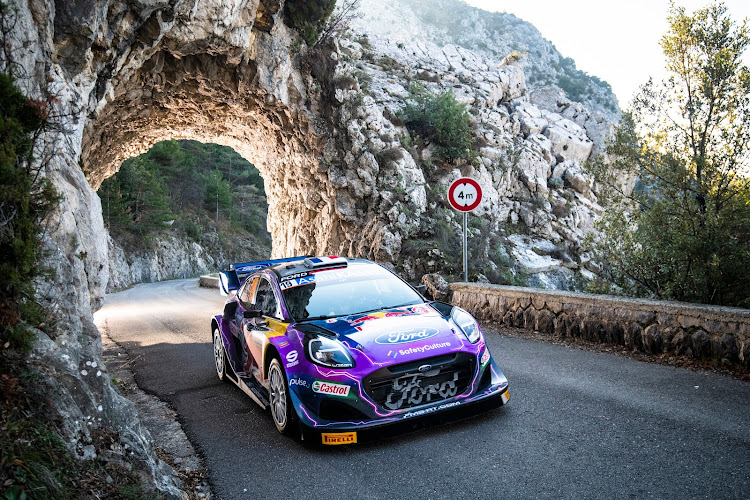 The World Rally Championship (WRC) enters a new hybrid era with Sebastien Loeb and Sebastien Ogier, winners of 17 of the past 18 championships, battling for victory in this weekend's Monte Carlo opener without either being a title contender.

Nine times world champion Loeb, 47, and reigning champion Ogier, 38, are part-timers with M-Sport Ford and Toyota respectively as others chase overall glory in the 13-round series.

The French pair will be hoping to make headlines on home asphalt, with Ogier chasing his ninth Monte Carlo victory and Loeb an eighth in the mountains around the Mediterranean principality.

"I'm at the beginning of a different stage in my career and as I'm not taking part in the full championship the feeling is a bit different to usual for me at this time of the year," said Ogier, who has a new co-driver in Benjamin Veillas.

"But I'm still a competitor and I still want to win."

Loeb returns home after finishing second in this month's Dakar Rally in Saudi Arabia and this weekend will be his first appearance in the world championship since September 2020 when he finished third in Turkey with Hyundai.

He also has a new co-driver in Isabelle Galmiche since the retirement of Daniel Elena, with whom the veteran won all his titles.

Welshman Elfyn Evans, championship runner-up for the past two seasons with Toyota, will want to establish his credentials immediately as the championship starts its 50th season.

Britain has not had a world rally champion since the late Richard Burns in 2001, but Evans is a strong contender to end that wait.

The 90th Monte Carlo Rally features 17 mountain stages, two of them on Thursday night after the ceremonial start in Casino Square, on slippery roads likely to see snow and ice before Sunday's finish.

The dirt-slinging World Rally Championship (WRC) will finally enter the hybrid era when the 2022 season begins in Monte Carlo next week.
Motoring
4 months ago

Formula One should not assume Lewis Hamilton will stay in the sport after the hurt of missing a record eighth title in controversial circumstances, ...
Motoring
4 months ago