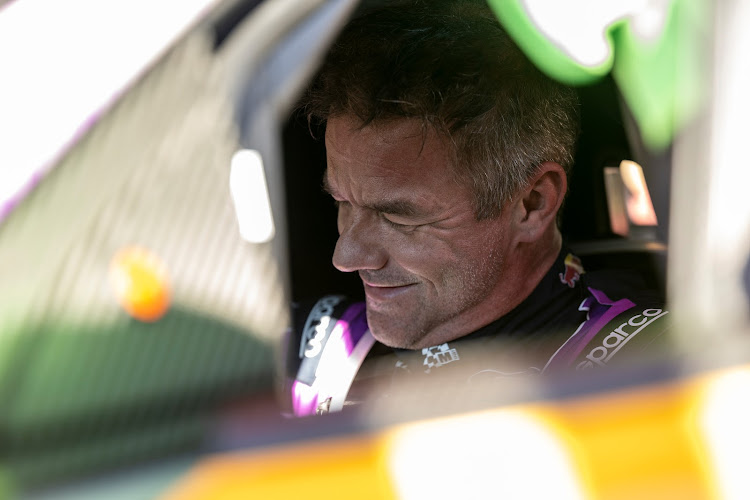 Nine-time world champion Sebastien Loeb became the oldest driver to lead a world championship rally at the season-opening Monte Carlo round on Friday.

The Frenchman, 48 next month, won four of six stages for M-Sport Ford to end the first full day with a 9.9 seconds advantage over compatriot and eight-time world champion Sebastien Ogier.

Both Loeb and Toyota's Ogier are competing in selected rallies only this year, the start of a new hybrid era for the sport.

Monte Carlo is Loeb's first world championship rally since September 2020 and he has a new co-driver in Isabelle Galmiche, 50.

“The first four stages were really great then we had a little hybrid problem,” said Loeb, this year's Dakar Rally runner-up.

“In the last stage I made a good drive, but maybe it was freezing a bit more. We had some little ice coming out at the end of the stage, so it was a bit tricky.”

Ford's Adrien Fourmaux crashed out in the day's first stage when he clipped a bank and rolled his car over a barrier and down a ravine in the French Alps.

The young Frenchman and his co-driver Alex Coria, who had been fourth after Thursday's two night stages, clambered unhurt from the battered wreckage after the incident on icy mountain roads.

Loeb had led Toyota's Elfyn Evans by 10.6 seconds at the tyre change point after the day's first three stages but the Welshman slipped to third overall with Belgian Thierry Neuville fourth for Hyundai.

Britain's Gus Greensmith took his first WRC stage win on the seventh, with Ogier fastest on the eighth.

Ford's Adrien Fourmaux crashed out of the season-opening Monte Carlo Rally when he clipped a bank and rolled his car over a barrier and down a ravine ...
Motoring
3 months ago

The World Rally Championship (WRC) enters a new hybrid era with Sebastien Loeb and Sebastien Ogier, winners of 17 of the past 18 championships, ...
Motoring
3 months ago

The dirt-slinging World Rally Championship (WRC) will finally enter the hybrid era when the 2022 season begins in Monte Carlo next week.
Motoring
4 months ago