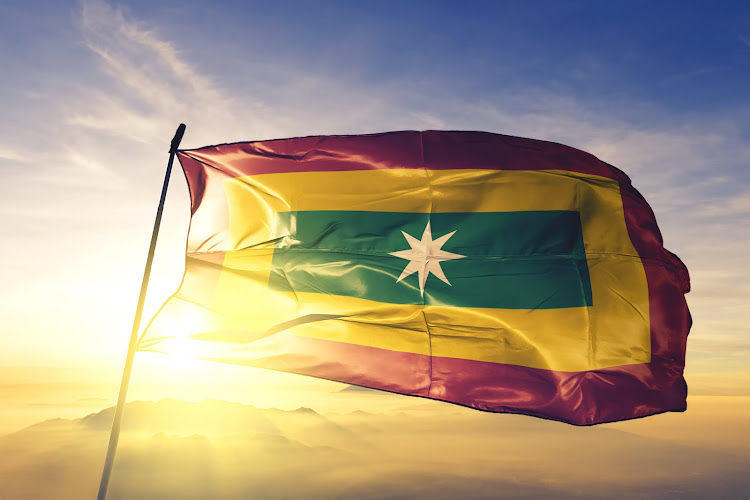 The flag of Barranquilla, Colombia. The city has opened discussions with Formula 1 organisers Liberty Media to host a race.
Image: alekstaurus / 123rf

The Colombian city of Barranquilla has opened discussions with Formula 1 organisers Liberty Media to host a race, the city’s mayor and country’s president said.

Although there are no Formula 1-grade tracks in Colombia, city officials said the economic attractions were tempting.

“It would duplicate the number of tourists that come here and over just three days. We are daring to dream,” said Barranquilla mayor Jaime Pumarejo.

The country’s president Ivan Duque told an audience in Barranquilla on Saturday they had presented their proposals to Liberty Media and said “Count on us.”

Further details about the bid were not disclosed.

There are a record 23 races scheduled this year and although organisers are keen to expand the sport’s geographical reach, they have looked primarily at adding venues in Africa and the US.

Formula 1 has Latin American races in Mexico and Brazil.

France's Sebastien Loeb won the season-opening Monte Carlo Rally on Sunday to become, at 47, the oldest driver to win a round of the world ...
Motoring
3 months ago

Formula One will ban pre-race flypasts by military aircraft this season but Britain's Red Arrows display team will be exempt along with passenger ...
Motoring
3 months ago

Formula One should not assume Lewis Hamilton will stay in the sport after the hurt of missing a record eighth title in controversial circumstances, ...
Motoring
4 months ago