Marquez will return to the grid at the Austin MotoGP 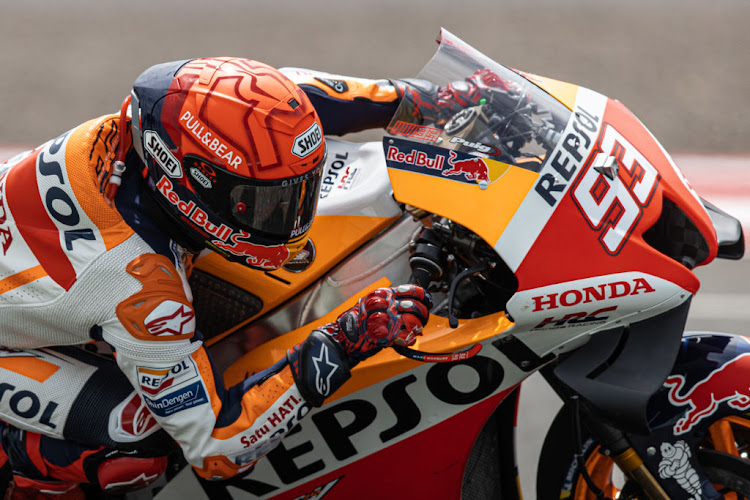 Recovered from his bout of double vision, Marc Marquez will return to the grid at the Austin MotoGP.
Image: Robertus Pudyanto/Getty Images

Six-times MotoGP champion Marc Marquez will return to action at this weekend's Grand Prix of the Americas in Austin, Texas following his recovery from double vision suffered after a crash in Indonesia, Honda said on Wednesday.

Marquez did not race at the Indonesian Grand Prix, the second round of the season, after a crash in the warm-up session and also sat out the Argentine Grand Prix a week ago.

The 29-year-old suffered a similar episode at the end of last season after a concussion sustained in a training crash.

Honda said in a statement Marquez was returning after consultation and clearance from his medical team.

"Of course I am very happy to be back, it's a great feeling to return and especially to do it at one of my favourite tracks," Marquez said.

"We have some work to do after missing two races and the whole Argentina weekend, so I am not here to set one target at the moment. There's many things to do and consider, but the important thing is that we are back on the bike this weekend."

McLaren's struggling Ricciardo says it's good to be back home

Daniel Ricciardo thinks he might once have taken the Australian Grand Prix for granted but three years without any Formula One action at Albert Park ...
Motoring
4 months ago

Aleix Espargaro claimed his maiden MotoGP win at the Argentine Grand Prix on Sunday with an intense ride which also gave Aprilia their first ever ...
Motoring
4 months ago

Mercedes will reel in rivals this season, says F1’s Smedley

Ferrari have cracked the code to set the pace in the new era of Formula One regulations but fans can expect the struggling Mercedes team to ...
Motoring
4 months ago