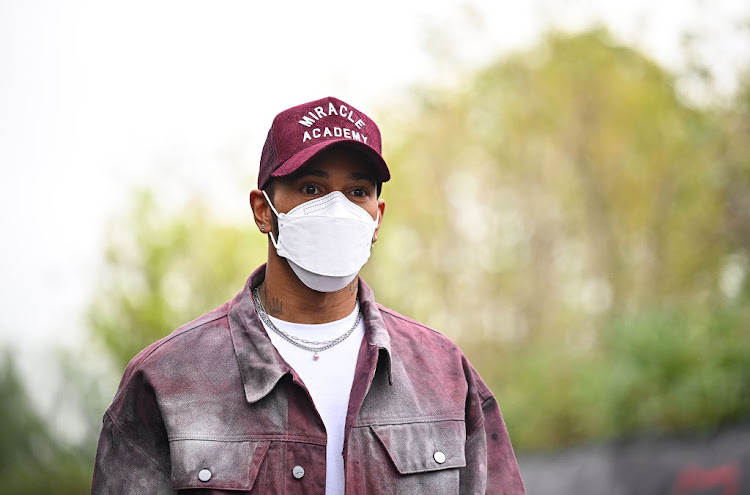 Lewis Hamilton walks in the Paddock during previews ahead of the F1 Grand Prix of Emilia Romagna at Autodromo Enzo e Dino Ferrari on April 21, 2022 in Imola, Italy.
Image: Clive Mason/Getty Images

Lewis Hamilton refused to rule out his chances of taking a record eighth Formula One title this season, saying on Friday that champions Mercedes still had time to sort out their problems.

Ferrari are leading both championships ahead of a home Emilia Romagna Grand Prix at Imola this weekend, with Charles Leclerc already 34 points clear of Hamilton's team mate George Russell after three races.

Hamilton is fifth overall, and 43 points behind the Monegasque, with team boss Toto Wolff playing down Mercedes' chances.

“I'm no mathematician so I don't know what the percentage chances are but it's definitely tough, it's a tall order,” Hamilton told reporters.

“There's a long, long way to go. We've seen in the previous year how much happens in a season, there's still so many races to go.

Hamilton, 37, said he hoped every time he got in the car that it would feel better.

“We don't have anything that's ground-breaking that's going to change our result but I hope we do move slightly forward,” he said of the weekend ahead.

The Briton has finished once on the podium so far this season, a third place in the opening Bahrain Grand Prix last month.

Leclerc has won twice, taken bonus points for three fastest laps and finished second in the other race for a tally of 71 points from a possible 78.

My sister made me support Arsenal, says Chelsea bidder Hamilton

Lewis Hamilton spoke on Friday of his excitement in joining a bid to buy Premier League side Chelsea, saying he was a lifelong soccer fan who had ...
Motoring
3 weeks ago

Ferrari's Formula One championship leader Charles Leclerc said he was fully focused on his Italian team's Imola homecoming this weekend despite being ...
Motoring
3 weeks ago

The massed ranks of Ferrari fans will be hoping to celebrate a triumphant homecoming at Imola on Sunday after Charles Leclerc's early season ...
Motoring
3 weeks ago