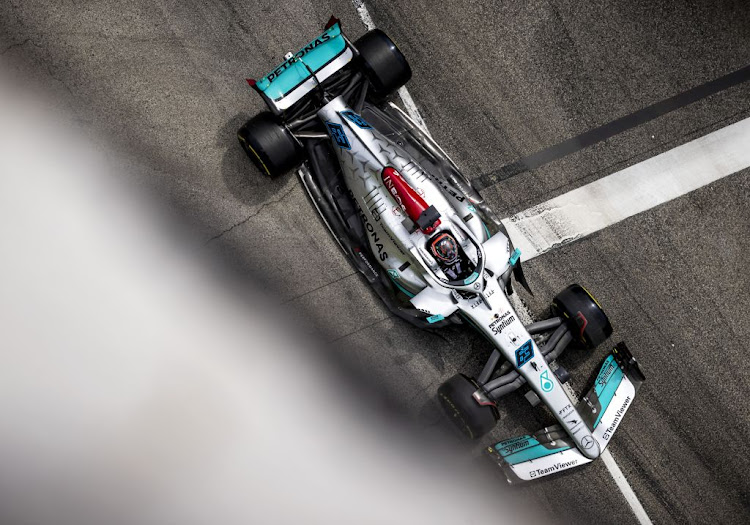 George Russell was surprise fastest for Mercedes in the final free practice ahead of Formula One's first sprint race of the season at Imola on Saturday.

The 100km race at the Enzo and Dino Ferrari circuit will determine the starting grid for Sunday's Emilia Romagna grand prix with points also available for the top eight finishers on Saturday.

Russell led the session, on a dry afternoon that started sunny but turned cloudy, with a best lap of 1:19.457 seconds on soft tyres.

Mercedes failed to get either of their cars into the top 10 in Friday's wet qualifying, the first time that had happened since 2012.

Some saw Saturday's session, with Mercedes on top for the first time this season, as more indicative of the team doing performance runs in dry conditions rather than finding any significant solutions.

McLaren's Daniel Ricciardo and Alfa Romeo's Valtteri Bottas both failed to set a time due to problems that kept their cars in the garages.

Lando Norris also missed most of the session due to a brake system problem on his McLaren.

Lewis Hamilton refused to rule out his chances of taking a record eighth Formula One title this season, saying on Friday that champions Mercedes ...
Motoring
3 weeks ago