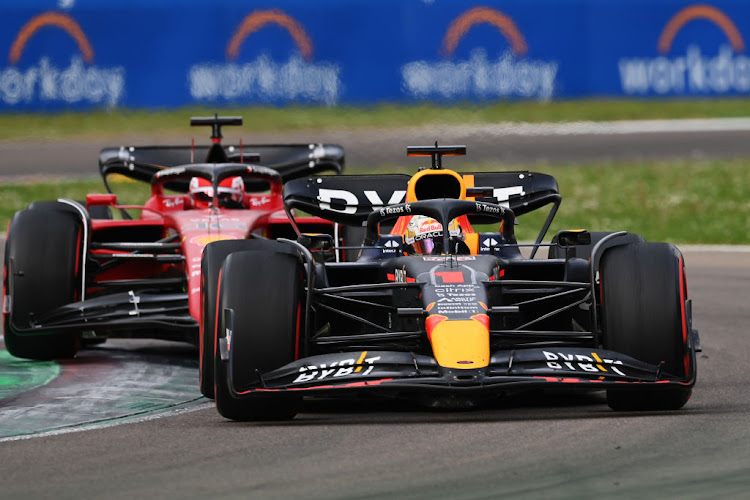 Formula One champion Max Verstappen won a sprint for pole position at the Emilia Romagna Grand Prix on Saturday, but Ferrari's Charles Leclerc still stretched his overall lead to 40 points.

The Dutch driver had already secured the official pole for the record books in a wet Friday qualifying for the sprint but Saturday's result made that concrete as well as bagging him eight points.

Leclerc had seized the lead at the start, and held it through an initial safety car period, before Verstappen made up for his poor getaway and passed the Monegasque – whose tyres were fading fast – with a late move around the outside.

Ferrari's Carlos Sainz moved up to second in the championship standings after racing from 10th place to fourth, behind Red Bull's Sergio Perez, in the 100km race over 21 laps at Imola.

Verstappen, who retired in the first two races of the season, is now 45 points behind Leclerc.

The first sprint of the season saw points awarded to the top eight, rather than podium places as was the case last year.

"My start was not very good and it took a while to try and put the pressure on," said Verstappen, who made his move two laps from the end.

"We were a bit better on our tyres at the end of the race so I could get into DRS (drag reduction system) and we had a good fight into turn two."

Leclerc said it had been a struggle with the tyre degradation at the end but was confident Ferrari would come back stronger on Sunday in front of their army of red-shirted home 'tifosi'.

Champions Mercedes had an afternoon to forget, with George Russell finishing 11th and losing second place in the standings while seven times world champion Lewis Hamilton was 14th – one place lower than where he started.

Magnussen's Haas team mate Mick Schumacher ensured he starts in 10th place, with a chance of securing his first point.

The safety car was brought out on lap two when Alfa Romeo's Chinese rookie Guanyu Zhou and Alpha Tauri's Pierre Gasly got in a tangle.

Zhou crashed out and will start last on Sunday while Gasly ended up 17th, ahead of the Williams pair of Alex Albon and Nicholas Latifi.

George Russell was surprise fastest for Mercedes in the final free practice ahead of Formula One's first sprint race of the season at Imola on ...
Motoring
3 weeks ago