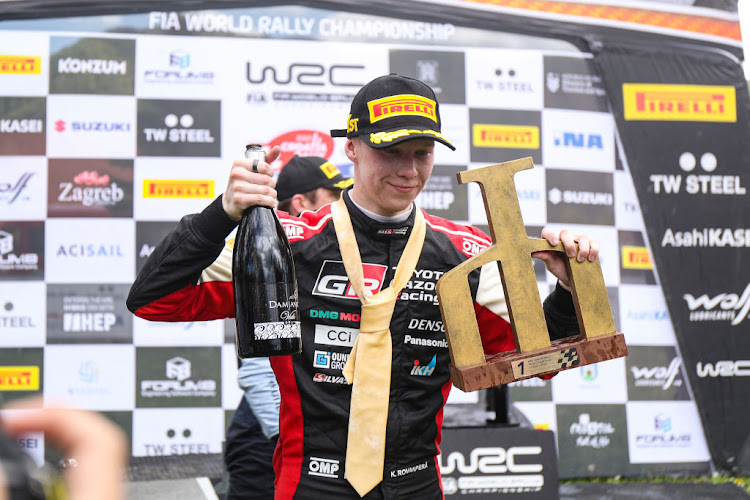 Toyota's Kalle Rovanpera won the Rally of Croatia after a late fightback on Sunday to extend his world championship lead to 29 points after three races.

The Finn had led from the start in the Zagreb-based rally, but rain washed away his half-a-minute advantage in the penultimate asphalt stage and left him 1.4 seconds behind Hyundai's Estonian Ott Tanak.

Rovanpera overturned the deficit in the final Power Stage to win by 4.3 seconds.

"We pushed really hard and I think we deserve it this weekend. For sure it was the toughest win of my career," said Rovanpera.

Tanak had to settle for second with Belgian team mate Thierry Neuville third.

Rovanpera has 76 points with Neuville on 47 and Ireland's Craig Breen, fourth on Sunday for M-Sport Ford, on 30 points.

Toyota lead the manufacturers' standings with 126 points to Hyundai's 84.