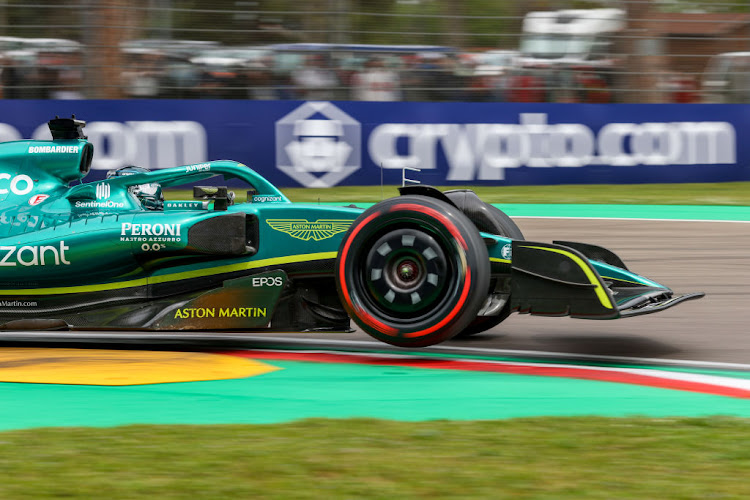 Formula One teams seeking to go faster have been stripping paint from the cars they revealed with pride before the season started.

New rules for 2022, with the introduction of larger wheels and an increased use of standard parts, have left some struggling to get down to a new minimum weight limit of 798kg.

Every excess 10kg translates into about 0.3 seconds of lost time per lap.

"With the halo, the bigger tyres, the longer cars, we were all overweight. I think all but maybe one team," McLaren boss Zak Brown told Reuters.

Brown said some sponsorship deals, such as McLaren's with Google's Android, had accelerated the process of stripping paint.

"Our engine cover was initially papaya but that was before we landed Google as a partner. We took the opportunity: 'You want black? Fantastic'," he said.

"We didn’t modify anything that wasn’t kind of in line with our brand or what a partner wanted. But it saved some weight. Not a lot but it’s about finding a bit in a lot of different places."

Saving weight by going back to bare metal, or carbon fibre, has a long history in motor racing.

According to lore, the original 1930s Mercedes "Silver Arrows" acquired their nickname when the cars raced with bare aluminium bodies after the team removed lead-based paint to shave off a kilogram and come in under a maximum weight.

The paint on a Formula One car weighs around 6kg, according to Alfa Romeo team manager Beat Zehnder.

Dave Robson, Williams's head of vehicle performance, was reluctant to quantify the exact gain from removing paint but said it was "meaningful".

"The paint might be light but to get a good finish you end up doing quite a lot of filler work and prep on the bare carbon before you put the paint on," he said.

Robson said stripping off paint was the fastest way to remove weight, and even if a car was below the limit it was still beneficial to have an extra saving so the team could add ballast to improve balance.

"It will be expensive and time consuming to find the weight (saving) some other way," he said, indicating the bare look was set to stay even if marketing departments were less happy.

"The car has to have some visible personality but at the same time it's in the sponsors' interests to make it as quick as possible."

Max Verstappen's dominant Imola weekend provided a near-perfect bounce back from misery in Melbourne, with Red Bull confident they are fully firing ...
Motoring
1 month ago

The second round of the Toyota GR Cup started off well for the TimesLIVE GR Yaris. After arriving at Zwartkops Raceway early on Friday morning, I ...
Motoring
1 month ago