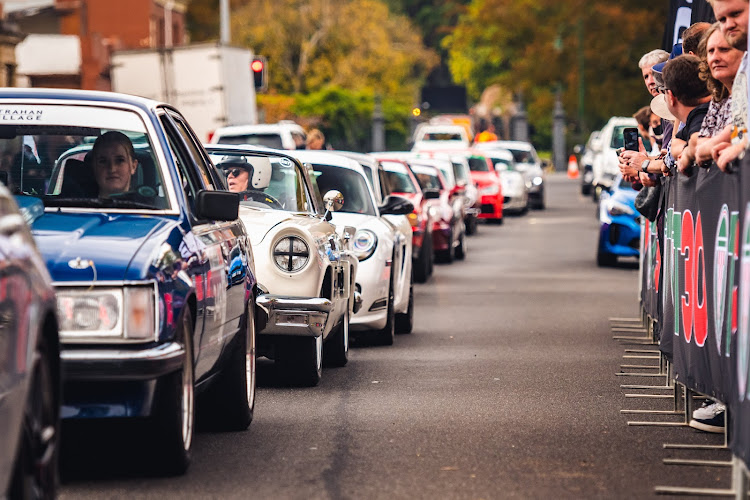 The 2022 Targa Tasmania will be completed as a non-competitive event after a driver died on Wednesday when his car crashed over a steep embankment and hit a tree in the north of the island.
Image: Twitter / @TargaNews

The Targa Tasmania will be completed as a noncompetitive event after a driver died on Wednesday, the fourth fatality in two years at the annual tarmac rally in Australia's island state.

The 59-year-old driver died when his car crashed over a steep embankment and hit a tree in the north of the island. His wife, who was in the car with him, walked away from the crash and was taken to hospital in Launceston.

Organisers announced late on Wednesday that the six-day rally, which had around 500 entries for its 30th anniversary edition, would be downgraded to a noncompetitive event in the wake of the loss of life.

“We offer our sincere condolences to the family and friends so impacted by this tragedy. Their loss is immense and we feel their pain. This is a very sad time,” rally CEO Mark Perry said in a statement.

“The change to downgrade the event to touring only was a difficult one for all of us to make but one that was necessary in the current circumstances as we work through this difficult time.

“So much has been done to make this sport safer since our event 12 months ago but we have still lost a member of the Targa family, and we all need time to further reflect.”

Governing body Motorsport Australia made a raft of recommendations for safety improvements, including reducing maximum and average speeds, after three competitors died in the 2021 edition of the rally.

“We are now working closely with the Tasmanian Police and emergency services, along with Targa event organisers as the investigation into the incident begins,” he added.

Formula One race directors Eduardo Freitas and Niels Wittich have both tested positive for Covid-19, raising questions about who will take charge of ...
Motoring
2 weeks ago

Formula One champions Mercedes could have new parts available to improve their bouncing car in time for next week's Miami Grand Prix, trackside ...
Motoring
2 weeks ago

Denny Hamlin has been ordered by NASCAR to undergo sensitivity training after he put up a social media post considered offensive.
Motoring
2 weeks ago