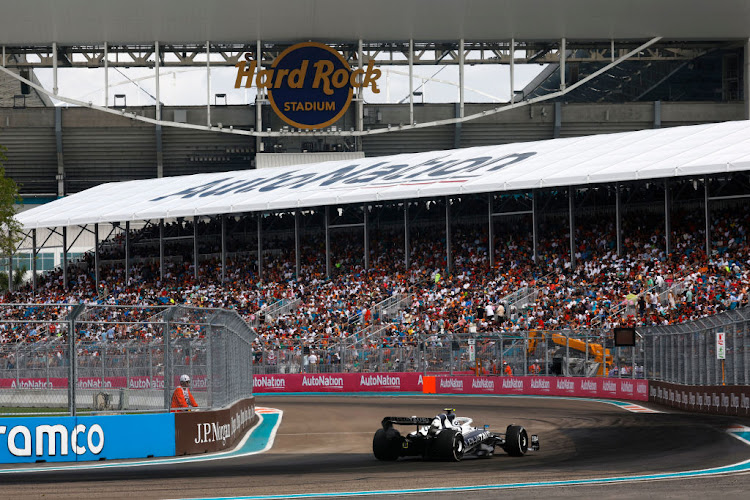 Yuki Tsunoda on track during the F1 Grand Prix of Miami at the Miami International Autodrome on May 8 2022 in Florida.
Image: Chris Graythen/Getty Images

Last Sunday's inaugural Miami Grand Prix set a record for a live telecast of Formula One in the US with an average viewership of 2.6-million, broadcaster ESPN said on Tuesday.

The coverage of the race, won by Red Bull's Dutch world champion Max Verstappen, peaked at an average 2.9-million, it said.

The Netflix behind the scenes docu-series Drive to Survive has been credited with fuelling Formula One's rising popularity in the US, a market the sport had previously struggled to crack.

ESPN said average viewing numbers over the first five races were up 53% on that for the same period in 2021, which was the most viewed F1 championship yet on US television.

The same-day delayed broadcast of the 2002 Monaco Grand Prix, which followed the Indianapolis 500, averaged 2.784-million viewers and is the most-viewed Formula One telecast in US television history.

ESPN said the previous record audience for a live race telecast was the 1.744-million it registered for the 1995 Brazilian Grand Prix.

Formula One just can't get enough of America and on Sunday the sport lapped up the celebrity-infused attention at the inaugural Miami Grand Prix, ...
Motoring
2 weeks ago

Something was in the hair for Alexander Albon at the Miami Grand Prix as the Williams Formula One driver jokingly credited a splash of red dye for ...
Motoring
2 weeks ago