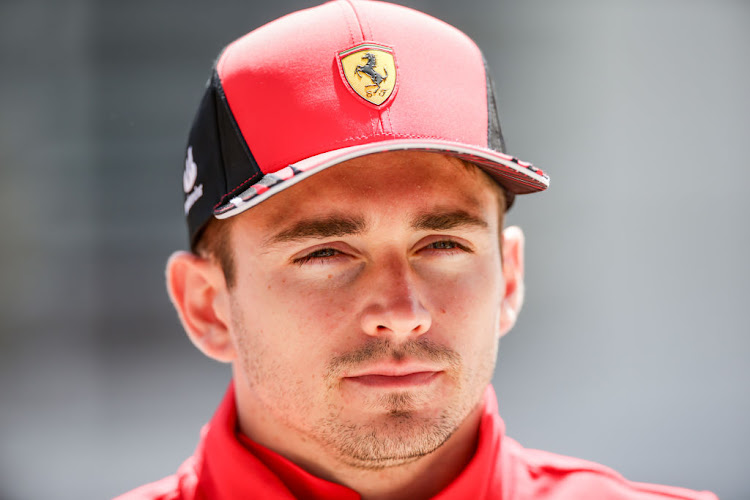 Charles Leclerc might have a nightmare track record on city streets he has known all his life, but the Ferrari driver denies feeling the pressure.
Image: Peter J Fox/Getty Images

Charles Leclerc carries a burden of expectation into Sunday's Monaco Grand Prix, and a nightmare track record on city streets he has known all his life, but the Ferrari driver denies feeling the pressure.

The 24-year-old Monegasque was leading the Formula One championship by 19 points in Spain last weekend, and set for the race victory, until he was halted by a power unit problem.

That handed the overall lead to Red Bull's reigning champion Max Verstappen, who won in Monaco last year after Leclerc was unable to start from pole position. The Dutch driver now has a six-point advantage.

Since his debut in 2018, Leclerc has yet to score a point at home.

This year he was won twice and been on pole four times in six races and could finally become the first Monegasque to score points at home since Louis Chiron finished third in 1950.

The Ferrari fans have hung their banners out, fervently hoping this is the year to end the jinx.

"I don't think about it," Leclerc told reporters at the harbourside paddock on Thursday. "Of course, it's not been the luckiest track for me overall but it's life, it happens... sometimes things just don't go your way.

"I'll just take the same approach as I've done in the first few races of 2022 because it's been successful until now."

Leclerc said his accident in the final minutes of qualifying last year, which led to a driveshaft failure before he could take his place on Sunday's starting grid, was just down to trying too hard.

He was confident the Barcelona problem would not happen again.

"Honestly, I don't feel the added pressure of bigger responsibility this year than any other years," he said.

"Last year also and the year before it was also my, or our, responsibility to get back on top with such a big name as Ferrari.

"I just try and focus on the job and am confident that whenever we do the perfect job on the weekend we have a shot for a win this year."

Verstappen has won the last three races, taking almost maximum points, but has yet to win four in a row in Formula One. Like Leclerc, he also had a poor record in the principality until 2021.

"My Monaco race history was not so good but I finally won there last year and there was a massive relief once I crossed the line," he said.

Mercedes and seven-times world champion Lewis Hamilton could also be a factor, the champions back on the rise after struggling with a bouncing car.

"Monaco hasn't always been our happiest track, and slow-speed corners haven't been our strength this season as we saw in Barcelona, but we've seen so far this year that anything can happen," said team boss Toto Wolff.

Albon proves a point by scoring them with Williams

Alex Albon has made his point, and scored three from six races this year, after starting the Formula One season seeking redemption.
Motoring
1 month ago

Reliability is key as F1 season takes another twist

Max Verstappen was 46 points behind Charles Leclerc after the first three races of the Formula One season and now, three races later, he is six ahead ...
Motoring
1 month ago