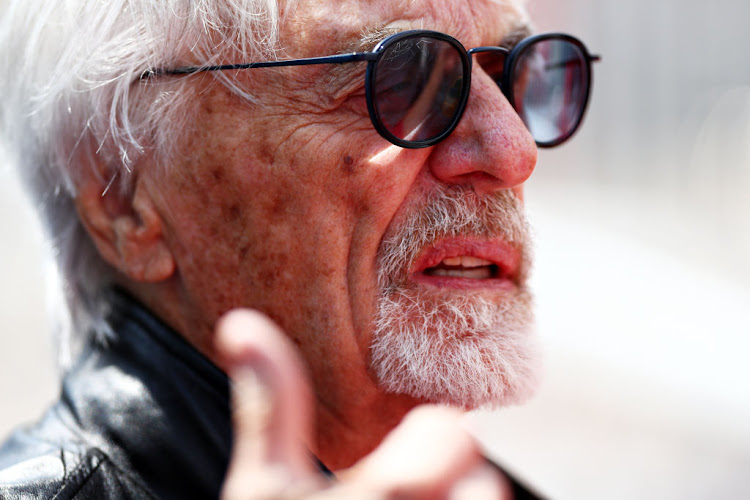 Ecclestone said he had bought the handgun, a LW Seecamp .32, from a Formula One mechanic or tyre man in Brazil years ago without ammunition and purely as a deterrent.
Image: Dan Istitene/Getty Images

Former Formula One supremo Bernie Ecclestone denied on Friday he had been arrested in Brazil and said an illegal firearm found in his luggage before boarding a flight was never used and had no ammunition.

The 91-year-old Briton, now in Portugal, told Reuters a “silly, tiny little incident” had caused a lot of aggravation as he and his family tried to leave Sao Paulo by private plane on Wednesday night.

“I haven't had any publicity lately and I thought I ought to do something to get some,” he joked in a telephone conversation.

Sao Paulo state public security office confirmed to Reuters on Thursday that a businessman was arrested for possession of a firearm at Campinas' airport, but did not name him.

“I was never arrested,” said Ecclestone, who confirmed he had to pay 6,060 reais (roughly R19,714) bail before being allowed to leave.

“They wanted it in local currency which we never had. So there was another drama trying to find the money. I was leaving the country, I didn't have any local money.

“It was a bleeding drama, unnecessary, over nothing.”

Ecclestone said he bought the handgun, a LW Seecamp .32, from a Formula One mechanic or tyre man in Brazil years ago without ammunition and purely as a deterrent.

“They said you need something like this. It might work if someone tried to mug you or something. So I bought it from the guy.

“I had it in the house and used to muck around with it if people came to visit me or something, we would joke around.”

Ecclestone said he had left it in a shirt pocket and the people packing his luggage put it in a suitcase without being aware of the gun.

An airport scan revealed the gun which had not been registered.

“It was never going to be shot, it never had any bullets, so I never bothered to register it. I didn't know you had to.”

The billionaire said he spent from 8pm until 5am at the airport making statements and completing paperwork before leaving in the morning.

Ecclestone is married to Brazilian-born Fabiana Ecclestone, an FIA vice-president and member of the World Motor Sport Council.

Her mother Aparecida Schunck was kidnapped in Sao Paulo in 2016, with criminals demanding 120m reais (roughly R392.25m) in ransom before she was freed nine days later in a police raid without any money being paid.

Jimmie Johnson had not had time to cool down after muscling through 248 laps at Texas Motor Speedway in late March when he was asked a question that ...
Motoring
1 month ago