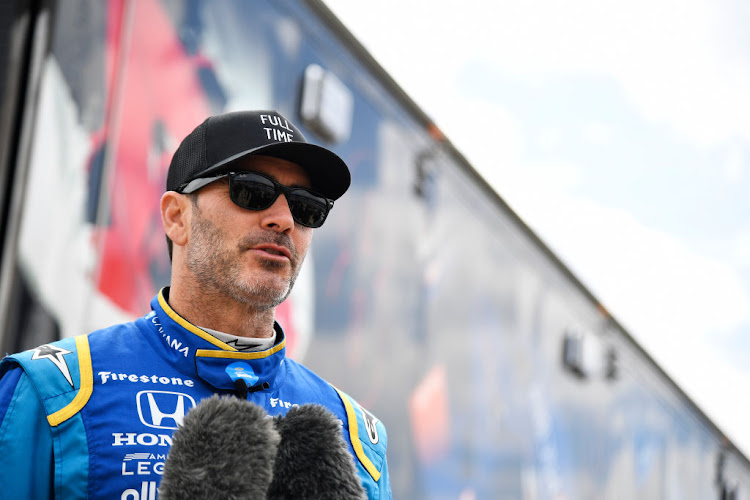 Jimmie Johnson had not had time to cool down after muscling through 248 laps at Texas Motor Speedway in late March when he was asked a question that would have been laughable following his debut season of 2021 in the IndyCar Series.

Could he win the 106th running of the Indianapolis 500 in May?

His answer would have been equally laughable for those who watched him stumble his way through the partial IndyCar schedule in 2021.

"Why not?" the seven-time NASCAR Cup Series champion answered.

Few laughed that day in Fort Worth as Johnson had finished a solid sixth in his oval-circuit debut in an IndyCar. Now Johnson's chances are one of the prevailing storylines this week as the racing world heads into Sunday's "Greatest Spectacle in Racing" at the iconic 2.5-mile Indianapolis Motor Speedway.

The 46-year-old Indy 500 rookie has suffered a few scary missteps in practice at the speedway but has been terrific when it is counted.

Last Saturday, he advanced to Sunday's Fast 12 in qualifying when he posted an average speed of 232.398/mph in his Honda-powered Chip Ganassi Racing car over his four qualifying laps.

In the Fast 12, Johnson lost a few miles per hour (231.264/mph average), but there he will be in Row 4 when the 33-car field heads out of Turn 4 to take the green flag three abreast at the speedway.

Johnson's optimism about the 500 is based on the speed he has shown this month. But it is also based on something all the drivers know about this event — surprises are not surprising in the Memorial Day weekend classic.

Starting with Johnson, the race is loaded with interesting storylines.

Scott Dixon of the Ganassi team, who has won six IndyCar championships, will be starting on the pole in search of a second engraving of his likeness on the Borg-Warner Trophy that honours the winner. The race has been won from the pole 21 times — the last time was in 2019 when Simon Pagenaud did it in a Penske Chevrolet.

Castroneves, last year's winner, will be attempting to become the first five-time winner of the 500. He is tied with legends AJ Foyt, Rick Mears and Al Unser with four. But to get No 4, Castroneves will have to do something only three others have done — win after starting 27th or worse on the grid. He will start 27th. The native Brazilian is looking to become the first driver to win back to back twice — he did it in 2001-2002.

Montoya and Takuma Sato will be looking for their third 500 victories.

Tony Kanaan, 47, will be looking to tie Al Unser and Bobby Unser for the title of oldest driver to win a 500.

Speed will apparently be in abundance. The 230/mph barrier has taken a beating in practice and qualifying. Dixon's average speed on pole day was 234.046 — breaking the all-time pole record speed of 233.718/mph set in 1996 by Scott Brayton. Dutchman Arie Luyendyk set the all-time four-lap qualifying average speed record of 236.986/mph in 1996, but his run came on the second day of qualifications and wasn't eligible for the pole.

Then there is Johnson. Were he to win Sunday, he would join Foyt and Mario Andretti as the only drivers to win both the Indy 500 and the Daytona 500.

Aleix Espargaro and Maverick Vinales have signed new deals with Aprilia Racing for the 2023 and 2024 seasons, the Italian MotoGP factory outfit said ...
Motoring
1 month ago