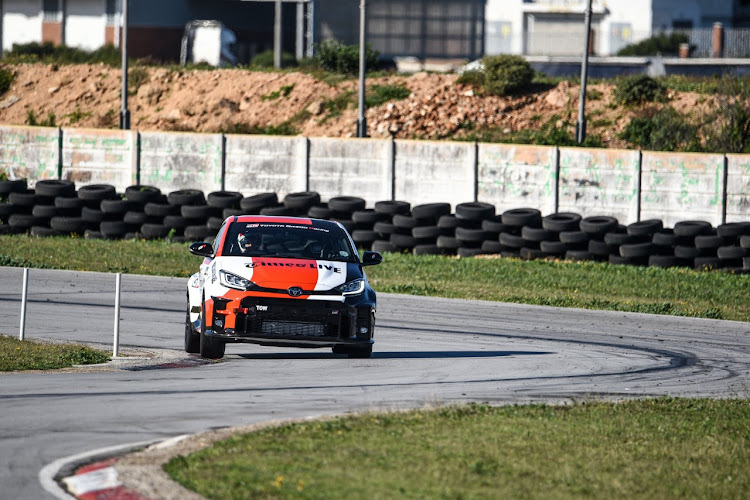 The third round of the 2022 Toyota GR Cup got under way at a chilly Aldo Scribante Race Circuit on Friday morning. Situated just a couple of clicks away from the bustling metropolis of Gqeberha, I and the five other motoring journalists chosen to represent our titles in this single-make series beetled out onto the sweeping 2.48km track at around 8:25am for our first of three timed practice sessions of the day. And, man oh man, was it ever slippery.

Cold (and old) tyres combined with icy asphalt covered in early morning dew meant that my first couple of laps around this strange and foreign circuit were eye-opening to say the least — even with all-wheel drive. But as I grew in confidence and temperatures started to build, I managed to keep it all together and clock a session-best time of 1:12.13. In the bar the night before I'd heard that the Polo Cup cars were running in the high 1:11s, so I pitted feeling quite chuffed with my performance. Especially since I haven't raced here before.

Of course any sense of achievement immediately evaporated when my arch-rival and nemesis Ashley Oldfield (cars.co.za) informed me that he had set a lap time of 1:10.9. Ugh. 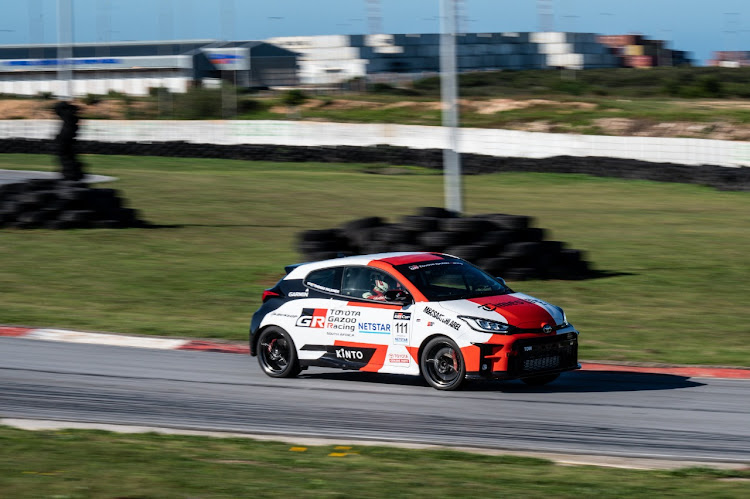 The best Falkiner could muster in Friday practice was a 1:11.318.
Image: Supplied

Now knowing what to expect from signor Scribante, I hit the second practice session with a lot more gusto — particularly at the end of the long main straight where I moved my mental brake marker from the 100-metre board down to around the 50-metre board. This seemed to help dramatically. Not just in terms of speed but also in getting the car rotated better. Braking a lot later and deeper into the first corner amplifies the trail braking effect, which in turn helps to pivot the little GR Yaris in the direction of the late apex point.

Next I steered my attention towards the “Conti Esses” where a gentler-in, harder-out approach seemed to keep the car steadied and in better shape for a high-speed drag down to what must be the most fearsome corner on the entire track — “Hanger Bend”.

A sweeping right-hander that rises up a slope, this tricksy slice of asphalt demands bravery and respect in equal measure. A quick dab of the brakes helps to settle the car just before you turn into it and then it's back hard on the throttle when you do in order carry the maximum amount of speed on the approach down to “Hunts Hairpin”. A lot of time can be gained or lost here, so it's vitally important that you fully commit to reap the rewards. After the hairpin it's pretty much a flat-out blast through the “Bridgestone Sweep” en route to the final corner of the lap: the long and seemingly never-ending “Dunlop”.

For the first few laps of the second session I was stringing everything together reasonably well and managed to bank a 1:11.318 until my tyres (which have been on the car since our first shakedown session in February) finally gave up the ghost. This proved exciting; especially through “Hanger Bend” where I exited at full opposite lock at well over 120km/h. So I adopted the Alain Prost approach, did the responsible thing and pitted where I found that the tyre carcasses were a lap or two away from delaminating completely. 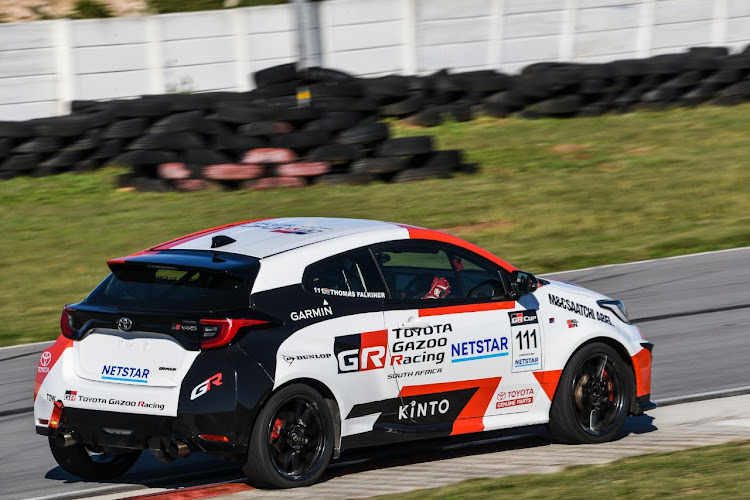 For the third and final practice session of the day I was sent out with two brand new front Dunlop Direzza tyres, which certainly reinstated my confidence levels. With a clear track ahead of me I pounded away and tried my best to improve on the pace I'd shown earlier. Unfortunately the track just seemed slower (particularly through the “Hairpin” and “Dunlop” for some reason) and the best I saw was a 1:11.975. Not what I was hoping for but not terrible either — especially as the best Ash Oldfield could muster was a 1:11.527.

Saturday is another day though and hopefully after a good night's rest and a few more reviews of my trusty Garmin Catalyst driving performance optimiser I'll be able to whittle away some more time during our 10 minute qualifying session that starts at 8:25am.

Another month, another round of the 2022 Toyota GR Cup. Following on from Killarney in February and Zwartkops in April, I and the five other lucky ...
Motoring
1 month ago

The second round of the Toyota GR Cup started off well for the TimesLIVE GR Yaris. After arriving at Zwartkops Raceway early on Friday morning, I ...
Motoring
2 months ago

Friday marked the start of the second round of the Toyota GR Cup at Zwartkops Raceway. Forming part of the National Extreme Festival, I and the five ...
Motoring
2 months ago