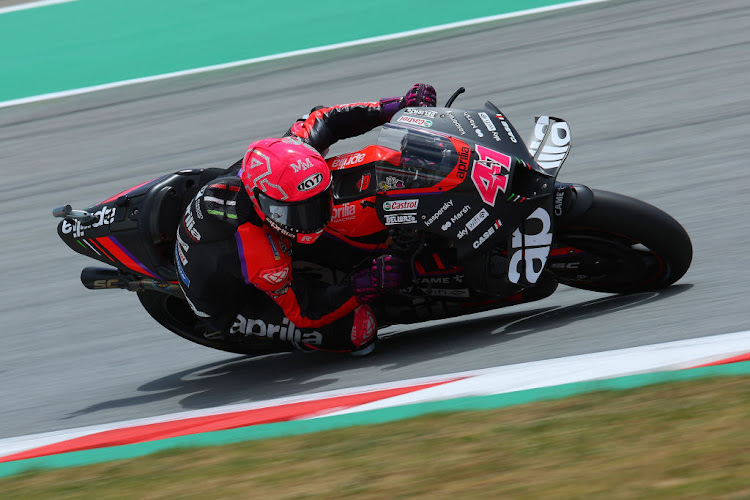 Aprilia's Aleix Espargaro broke the lap record twice in hot conditions to claim his second pole of the season at the Catalunya Grand Prix in Barcelona on Saturday.

At his home race, Espargaro had set the pace in practice and the Spaniard carried his form into the second qualifying session where he finished top with a time of 1:38.742 seconds, pipping Ducati's Francesco Bagnaia to top spot.

"I have no idea (how I did it). It was the most difficult lap of the season so far. The conditions were super, super tricky," Espargaro said in a pit lane interview.

"It was all or nothing. I did an absolutely crazy lap, sliding everywhere. I actually didn't really enjoy the lap. I was on the limit every single corner."

"Today the goal was to get on the first two rows and we got the front row, I'm happy," said Quartararo, who had struggled with tyre grip on Friday.

Enea Bastianini, who has won three races this season to sit third in the standings, did not advance to the second qualifying session and the Gresini Racing rider will start 14th on the grid for Sunday's race.

Six-time MotoGP world champion Marc Marquez has undergone a successful fourth operation on his arm as the Spaniard targets a return in the 2023 ...
Motoring
1 month ago

Reigning world champion Fabio Quartararo will remain with Yamaha until the end of 2024, the MotoGP team announced on Thursday, bringing an end to ...
Motoring
1 month ago