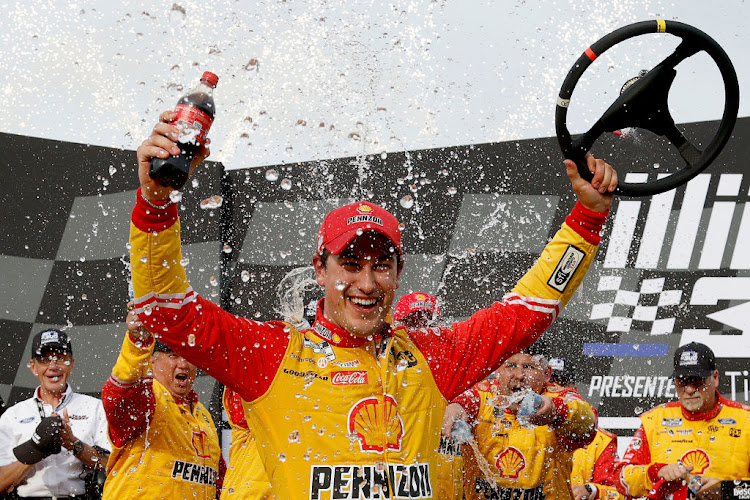 Joey Logano passed Kyle Busch on the final restart on Sunday afternoon in overtime to win the Enjoy Illinois 300 presented by TicketSmarter at World Wide Technology Raceway in Madison, Illinois.

Following the 10th caution period for a wreck by Kevin Harvick with four laps to go, Busch and Logano were paired on the front row as the drivers entered NASCAR Overtime.

In the two-lap shootout, Logano – from the inside lane – pulled ahead in turn 1, and Busch's No 18 Toyota moved beneath him down the backstretch.

Holding the lead entering turn 3, Busch's Camry got loose after going high. Logano then shot his No 22 up to the point and raced away for his second win, the other coming at Darlington on May 8.

He also won the non-points Busch Light Clash at the Los Angeles Memorial Coliseum on February 6 to open the 2022 campaign.

"It doesn't get much better than that, racing for the lead with Kyle," said Logano, who started seventh.

"He's one of the best, and it's a lot of fun crossing each other back and forth. I knew it was coming. I did it to him, so I knew he was going to do it to me. I thought we'd be racing toward the bottom (today), but we were running up at the top and crossing one another."

Kyle Busch ran well with and posted his sixth top-five finish this season.

"It was not even close," Busch said.

"Did you see me about wreck off of (turn) 4? At least we made some improvements and were able to keep up and have a shot at the win. The car took too long to come in, better on the long run, better up top. We stayed in the running all day long and fought hard."

Chase Briscoe's No 14 Ford was the fastest in Saturday's qualifying session, and he led the field to the start of the first ever visit to the track by NASCAR's top series.

The 240-lap, 300-mile event ran without incident through 28 laps until Briscoe cut down a left rear tyre. However, NASCAR didn't throw a caution, putting Briscoe deep into the field and handing the lead over to Austin Cindric in his No 2 Ford.

The Daytona 500 winner went on to claim Stage 1 – his first stage win this season – but Stage 2 opened with the event's first incident between two cars when Ross Chastain tapped Denny Hamlin's Toyota on lap 65, sending Hamlin's No 11 into the wall.

After Blaney's lap 94 spin in turn 2, Michael McDowell stayed out and led 34 laps. But a late stage caution involving Bubba Wallace and Ricky Stenhouse Jnr – the race's fifth – turned the lead over to Kurt Busch.

The older Busch brother beat Martin Truex Jnr to earn the Stage 2 bonus points, but Busch pitted and turned over the top spot to Truex – one of 15 drivers who didn't pit.

With 40 circuits left, Stenhouse spun down the backstretch for the eighth caution period, but the top 15 cars stayed out for track position.

World championship leader Fabio Quartararo extended his lead in the standings with a dominant victory at the Catalunya Grand Prix on Sunday as home ...
Motoring
4 weeks ago