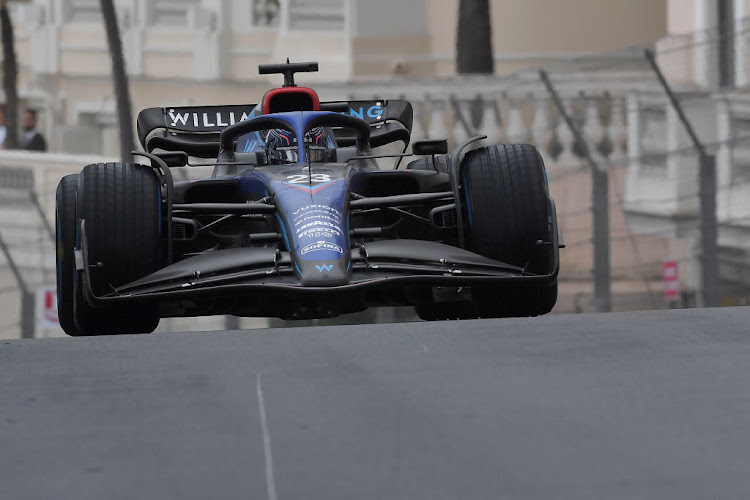 Alex Albon on track during the F1 Grand Prix of Monaco at Circuit de Monaco on May 29 2022 in Monte Carlo.
Image: Vince Mignott/MB Media/Getty Images

Williams have been fined $25,000 (roughly R385,221) for breaching Formula One's cost cap regulations by missing a deadline to file the team's 2021 accounts, the governing FIA said on Tuesday.

It said an "accepted breach agreement" dated May 19 2022 was entered into by the FIA and Williams Grand Prix Engineering Limited.

Williams were notified on April 12 they had committed a procedural breach after the team voluntarily disclosed the problem ahead of the March 31 full year reporting deadline.

The matter has since been resolved and Williams have paid the penalty.

The former champions are the first to be punished for a breach of the cost cap regulations which limit Formula One teams to spending of $140m (roughly R2,158,142,000) this year.

Privately-owned Williams, once dominant but without a title since 1997 and fighting among the back-markers, have one of the smaller budgets in the sport.

The biggest and wealthiest teams have warned that keeping within the limits will be impossible due to inflation and spiralling costs, and want the FIA to stretch the cap.

The best spinners from across Mzansi will once again showcase their tyre-slaying skills and stunts when the Red Bull Shay’ iMoto tournament returns ...
Motoring
4 weeks ago

Stefano Domenicali is reportedly due to come to the country soon, fuelling hopes of hosting an event
Motoring
4 weeks ago