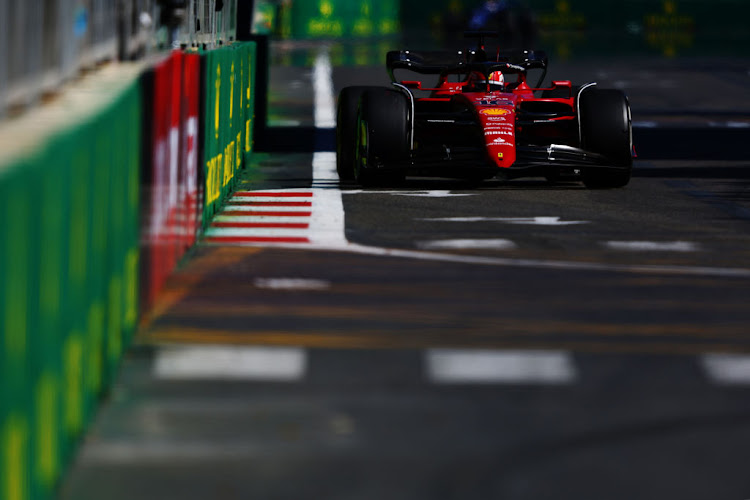 Ferrari's early season delight has become a discussion of disaster after the Italian team's nightmare in Baku on Sunday, but it is still too early to write off their title hopes.

The Azerbaijan Grand Prix was Ferrari's first double failure to finish for reasons of reliability since the 2009 opener in Australia.

Charles Leclerc, starting on pole for the sixth time in eight rounds and fourth in a row, was stopped by a power unit problem while leading — the second time that has hit the Monegasque in three races.

Spaniard Carlos Sainz, the first retirement of the race, was halted by hydraulics.

Monday's front page of Italian sports daily Gazzetta dello Sport spoke of “Ferrari disaster” and declared, over a picture of Leclerc's stricken car, that the championship had gone up in smoke.

Leclerc, who had led Red Bull's world champion Max Verstappen by 46 points after the first three races, is now 34 behind.

Red Bull have won the last five races and Ferrari, the sport's oldest and most successful team who last won a title in 2008, are now 80 points behind in the constructors' standings.

Yet the wild swings of fortune also provide hope in a championship of 22 races where just one retirement can be a game-changer.

Ferrari's car has gremlins lurking within, but is also undeniably quick.

“It must be immensely frustrating [for them] but the championship is still wide open,” Damon Hill, the 1996 world champion, told Sky Sports television.

“OK, it’s a terrible day for them as a result, but I don’t think it’s a disaster. It’s too early to start talking about that. And Red Bull have had their problems as well.”

That is true, with Verstappen twice failing to finish, but Sunday's race pointed to a wider problem for Ferrari with their Haas and Alfa Romeo “customer” teams also suffering retirements for reliability reasons.

Ferrari team boss Mattia Binotto said there was plenty of work to do and pointed out his team had made a huge effort over the winter to upgrade their power unit and get back on top.

“It's a journey which we are on and there is still another step which is required right now. I think as a team again we will stay united, work hard.

“We have been capable of doing a proper job so far, we know that the job is not finished, but we will do it.”

Just as Ferrari did not get euphoric after Leclerc won two of the first three races and was second in the other with fastest laps in all of them, the team were not about to get despondent, said Binotto.

Time is not on Ferrari's side, however, with the next race in Canada this weekend.

“The trend has gone against Ferrari, the trend has gone towards Red Bull and now its going towards Max,” said Hill. “Ferrari are obviously the losers ... and they’ve got a lot of thinking to do.”

Seven-times Formula One world champion Lewis Hamilton assured fans on Monday that he would be racing in Canada this weekend despite suffering severe ...
Motoring
2 weeks ago

Formula One boss Stefano Domenicali arrived in South Africa on Monday for talks that could see the country's Kyalami circuit return to the grand prix ...
Motoring
2 weeks ago

Mercedes driver George Russell on Saturday called the 'porpoising' experienced by 2022 Formula One cars a "recipe for disaster", and warned it was ...
Motoring
2 weeks ago