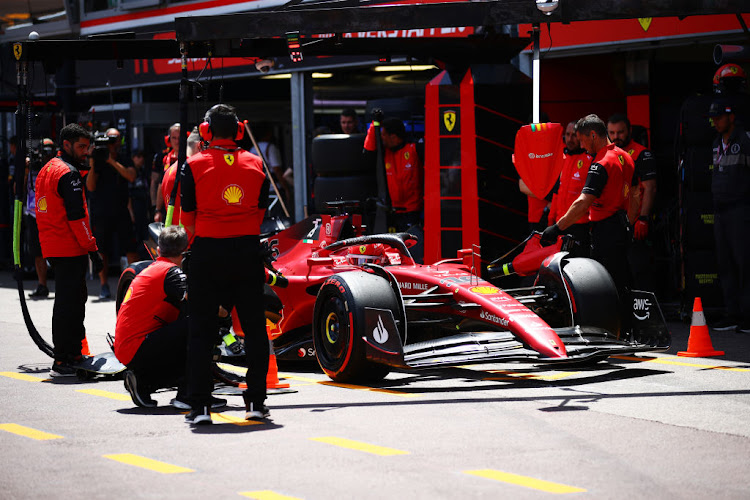 Ferrari will be looking for a reliable showing at this weekend's Spanish F1 Grand Prix.
Image: Eric Alonso/Getty Images

Formula One returns to Canada this weekend for the first time since 2019 with Red Bull on a roll and Ferrari needing a big response to the reliability problems that have hammered their title hopes.

No team has won as many times in Montreal as the Italians, the sport's oldest and most glamorous outfit, but the season that began so brightly is turning sour.

Charles Leclerc has taken six poles in eight races, including the last four, but has retired in two of the last three with engine problems and now lags Red Bull's Max Verstappen by 34 points after earlier leading by 46.

After finishing one-two last weekend in Azerbaijan, Red Bull lead Ferrari by 80 points and are going for their sixth successive win.

“We come back from Baku disappointed, from not having scored the amount of points we should have,” said Ferrari sporting director Inaki Rueda.

“But we bring some positives. We have a very strong performing car, (and) be it in qualifying or in the race we are capable of fighting in every possible scenario.

“Our reliability is a weak point ... and we will address this.”

Ferrari have found a “short-term fix” for the hydraulics issue that forced Carlos Sainz to retire in Baku but the engine remains under considerable scrutiny after customer teams Alfa Romeo and Haas also suffered retirements in Baku.

A turnaround at a circuit named after the team's late great Gilles Villeneuve will at least provide some respite to all the “disaster” talk.

Red Bull, meanwhile, are ready to build on their advantage in what will be Verstappen's 150th grand prix since his race debut as a 17-year-old in Australia in 2015.

His team mate Sergio Perez, second in the championship, has now had five top two finishes this season — equalling his tally from the previous 11 years.

“This car is really performing on the street circuits so we are confident we can put together another strong performance this weekend and keep the momentum going at the top,” said the Mexican.

Canada would normally throw seven-time winner Lewis Hamilton into the spotlight but the Mercedes driver has been making headlines recently more for back pains than any track success.

He won in 2019, the last visit before the Covid-19 pandemic forced the next two editions of the race to be cancelled, but the sport has changed the rules since then and once-dominant Mercedes are struggling.

An eighth win for the Briton would be an outright record but that looks like dreamland for a driver whose car is bouncing and bottoming on the straights, even if they are making some headway. “I think we will still have a package that isn't at the front on merit,” said the team's head of strategy James Vowles. “Red Bull and Ferrari will still be the benchmark that we have to compare ourselves to.

“I think, though, that the large gap that you saw in qualifying in Baku perhaps won't be that big in Montreal.”

Ferrari on track for Le Mans comeback in 2023

Ferrari is on track to return to the 24 Hours of Le Mans next year, its CEO Benedetto Vigna said on Thursday, in what would be the sports carmaker's ...
Motoring
2 weeks ago

Mercedes pushed Lewis Hamilton's car set-up too far in Azerbaijan last weekend and cannot cause him such pain again, the Formula One team's head of ...
Motoring
2 weeks ago

Melbourne will host the Australian Grand Prix until 2035 in a new deal that will also see Formula Two and Formula Three added to the schedule for the ...
Motoring
2 weeks ago