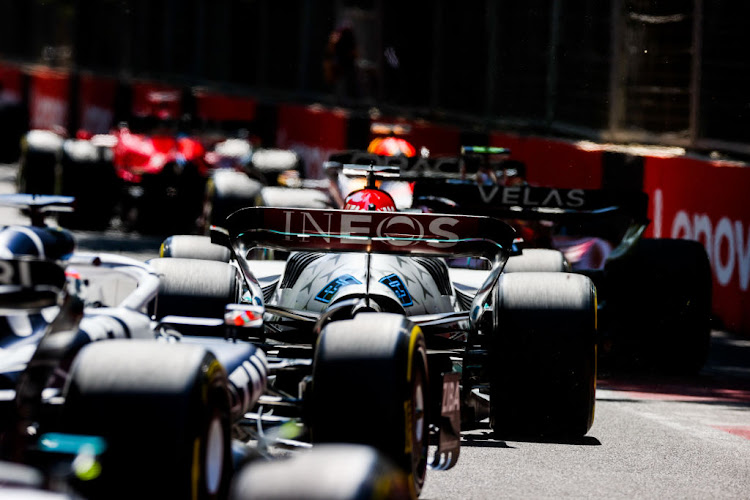 F1 plans to introduce changes to reduce or eliminate the "porpoising" that has affected this season's cars.
Image: Peter J Fox/Getty Images

Formula One's governing FIA on Thursday said it plans to introduce changes to reduce or eliminate the "porpoising" that has affected this season's cars after Lewis Hamilton suffered severe back pains during Sunday's Azerbaijan Grand Prix.

The ruling body said it had issued a technical directive to teams ahead of this weekend's Canadian Grand Prix laying out the measures it intends to take.

This includes short-term steps like closer scrutiny of planks and skids underneath the car for design and wear as well as the definition of a metric that will set a quantitative limit for how much cars can bounce.

The formula to determine this metric was being analysed, the FIA said, with teams invited to contribute to the process.

The body is also planning to convene a technical meeting with teams to define measures over the medium term that will reduce the tendency of the cars to "porpoise".

Neither measure is expected to be in place for this weekend’s race in Montreal.

"The FIA has decided to intervene following consultation with its doctors in the interests of safety of the drivers," the governing body said.

"In a sport where the competitors are routinely driving at speeds in excess of 300km/h, it is considered excessive fatigue or pain experienced by a driver could have significant consequences should it result in a loss of concentration.”

F1 introduced a radical rules overhaul this year that has seen cars generate a significant chunk of their downforce from the underside of the floor.

This has led to the "porpoising", in which the cars bounce dramatically at high speeds, like the motion of a porpoise through water.

Teams have been affected to a varying degree, with Mercedes and Ferrari among the worst hit.

Hamilton was seen clutching his back when he climbed out of his Mercedes after the race in Baku, with team boss Toto Wolff raising the prospect of the seven-times champion having to miss the Canadian race.

Hamilton, posting on social media on Monday, said he was sore but wouldn't miss the race in Montreal "for the world".

Christian Horner, boss of the Red Bull team whose cars don’t seem to be affected by porpoising, suggested after the Baku race rivals might be overplaying the problem to secure a favourable rule change.

Formula One returns to Canada this weekend for the first time since 2019 with Red Bull on a roll and Ferrari needing a big response to the ...
Motoring
2 weeks ago

Mercedes pushed Lewis Hamilton's car set-up too far in Azerbaijan last weekend and cannot cause him such pain again, the Formula One team's head of ...
Motoring
2 weeks ago

Melbourne will host the Australian Grand Prix until 2035 in a new deal that will also see Formula Two and Formula Three added to the schedule for the ...
Motoring
2 weeks ago