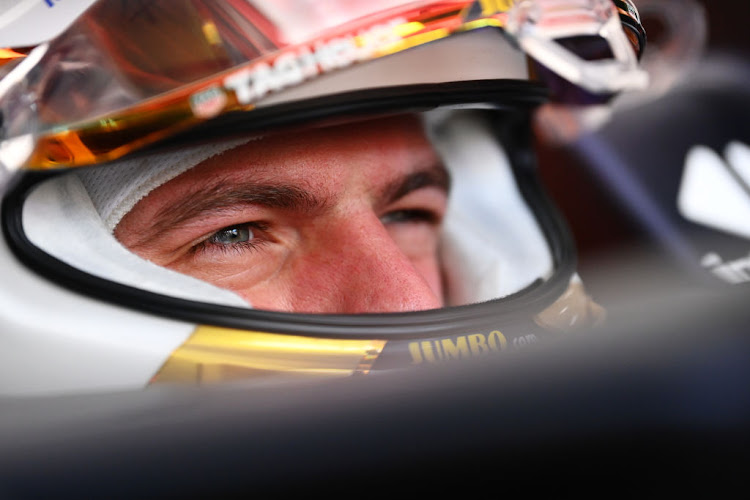 Max Verstappen prepares to drive onto the track during practice ahead of the F1 Grand Prix of Canada at Circuit Gilles Villeneuve on June 17, 2022 in Montreal, Quebec.
Image: Dan Mullan/Getty Images

Formula One revved up for the first Canadian Grand Prix since 2019 with Max Verstappen setting the practice pace for Red Bull and Ferrari's Carlos Sainz having a close encounter with a groundhog on Friday.

World championship leader Verstappen was fastest in both sessions at the island Circuit Gilles Villeneuve, setting a time of 1:15.158 seconds in a sunny first and 1:14.127 in the second that ended just before a downpour.

Sainz was second in the opening session, lapping 0.246 slower than the Dutch driver, but team mate Charles Leclerc pushed him down to third in the later hour.

The groundhog momentarily diverted attention from 'porpoising', the bouncing effect causing pain for the drivers of some cars and notably Mercedes, when it crossed the track right in front of Sainz in the first practice.

The Spaniard missed the lucky animal by a whisker.

Ferrari are under close scrutiny after a double retirement in Azerbaijan last weekend dealt a big blow to their title challenge.

Leclerc has taken pole position six times in eight races this season, including the last four, and will have a 10 place grid penalty on Sunday after having a number of power unit components replaced.

The governing FIA said Ferrari had fitted a new control electronics to the car in second practice, one more than his allowance for the season.

Verstappen has won four of the last five races and leads Perez by 21 points, with Leclerc third and a further 13 behind.

Mercedes' seven-time world champion Lewis Hamilton, a seven-time winner in Canada, was eighth in session one and 13th in the later one.

Team mate George Russell was sixth and seventh and complained of the car's “brutal” stiffness.

“Me and George had much different set-ups in P2 just to see if one way works and one way doesn't,” said Hamilton, who said over the radio that his car was undriveable.

“For me, it was a disaster. It's like the car is getting worse. It's getting more and more unhappy the more we do to it,” added the Briton to reporters.

“I'm hoping overnight we can try to make some changes but it's just the fundamentals of the car ... so it's going to be a struggle.”

A discarded paper towel caused a brake fire after becoming lodged in the front right wheel of Esteban Ocon's Alpine, with the Frenchman pitting for it to be removed.

AlphaTauri's Yuki Tsunoda will start from the back of the grid on Sunday after penalties for exceeding his power unit allocation for the season.