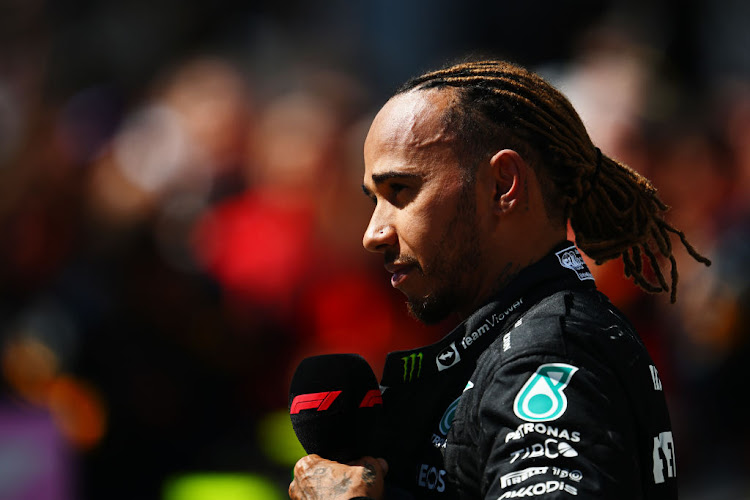 Nelson Piquet apologised to Lewis Hamilton on Wednesday after a video emerged of him using an apparent racial slur in Portuguese when referring to the Mercedes driver.
Image: Clive Mason/Getty Images

Brazil's triple Formula One champion Nelson Piquet apologised to Lewis Hamilton on Wednesday after a video emerged of him using an apparent racial slur in Portuguese when referring to the Mercedes driver.

Piquet, 69, insisted, however, that the "ill thought out" comment made last November had been mis-translated into English.

"The term used is one that has widely and historically been used colloquially in Brazilian Portuguese as a synonym for 'guy' or 'person' and was never intended to offend.

"I would never use the word I have been accused of in some translations. I strongly condemn any suggestion that the word was used by me with the aim of belittling a driver because of his skin colour.

"I apologise wholeheartedly to anyone that was affected, including Lewis, who is an incredible driver, but the translation in some media that is now circulating is not correct.

"Discrimination has no place in F1 or society and I am happy to clarify my thoughts in that respect."

Seven times world champion Hamilton, the most successful driver in the history of the sport, called for action on Tuesday to change "archaic mindsets" after Piquet's comments triggered a media storm and drew widespread condemnation.

Formula One sources have indicated that Piquet, who rarely attends Grands Prix, would no longer be welcome inside the paddock.

Piquet had been commenting on Hamilton's British Grand Prix crash with Max Verstappen a year ago, with the Brazilian saying the Briton had "played dirty".

Piquet's daughter Kelly is world champion Verstappen's partner and the comments resurfaced as the drivers prepare to return to Silverstone.

Hamilton, who was recently awarded honorary Brazilian citizenship, is the sport's only black driver.

"It's more than language. These archaic mindsets need to change and have no place in our sport," the Mercedes driver said.

"I’ve been surrounded by these attitudes and targeted my whole life. There has been plenty of time to learn. Time has come for action."

Motor racing's governing body FIA, Formula One and Mercedes have all issued statements condemning racism but without mentioning Piquet by name.

Silverstone marked a low point on Max Verstappen's road to last year's Formula One title but the Red Bull driver is riding higher than ever ahead of ...
Motoring
1 month ago

Formula One championship leaders Red Bull terminated the contract of Estonian reserve driver Juri Vips on Tuesday after an investigation into a ...
Motoring
1 month ago

Hamilton calls for action amid storm over racist Piquet comment

Lewis Hamilton called for action to change "archaic mindsets" after a racist remark about him by Brazilian triple champion Nelson Piquet emerged on ...
Motoring
1 month ago