Dovizioso to quit MotoGP at the end of the year 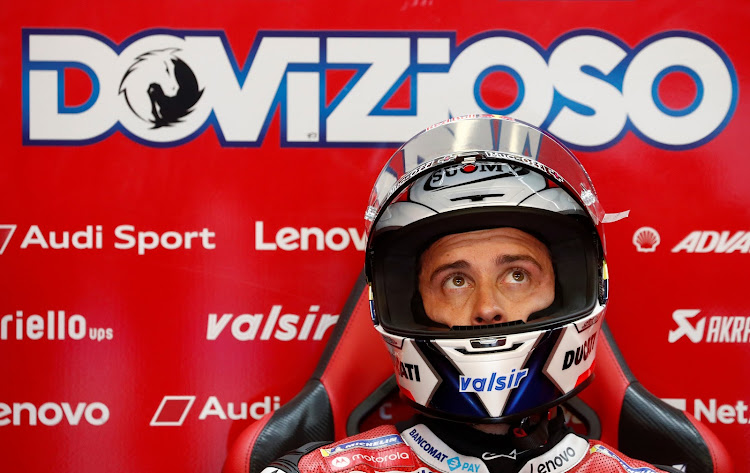 Andrea Dovizioso will quit MotoGP at the end of the year and will not return for the 2023 season as he no longer enjoys racing without being able to compete, the Italian rider has said.

Dovizioso, who began his career in 2001 and is a three-times MotoGP championship runner-up with Ducati, has scored only 10 points this season and has not finished in the top 10 at any race so far to sit a lowly 22nd in the standings.

Dovizioso quit Ducati at the end of the 2020 season and was without a team in 2021 until the latter half of the season when he was roped in by Petronas Yamaha,  now the independent Yamaha RNF team.

"I will not race (next year). There is no reason to. I always said if I would not be competitive, I don't want to be here," Dovizioso told MotoGP.com, adding  he has struggled to adapt to the technical changes in the sport.

"There is no reason, especially after 20 years. I never tried to have a place for next year.

Dovizioso told Reuters earlier this year that he had been struggling for points-scoring finishes as he was unable to get to grips with the Yamaha bike which was very different to the Ducati machine he raced on for eight years.

The 36-year-old said only reigning champion Fabio Quartararo was comfortable on the Yamaha this year and if the others did not ride like him, they were bound to struggle.

Quartararo leads the standings this season but the next best Yamaha rider is his factory Yamaha team mate Franco Morbidelli in 19th.

"If Fabio's winning, there is a reason. So this means there is a possibility to be fast," Dovizioso said.

"MotoGP has changed a lot. In the past, 10 years ago, the same riders were on top,  doesn't matter which bike. Now it's different, the mechanical parts are a bit more important."

Boozed Bagnaia drives into ditch after partying in Ibiza

Ducati's Francesco Bagnaia admitted he drove his car into a ditch in Ibiza while he was over the legal alcohol limit in the early hours on Tuesday.
Motoring
1 month ago

Yamaha's reigning world champion Fabio Quartararo won the German Grand Prix on Sunday to extend his lead in the riders' standings after a risky ...
Motoring
1 month ago