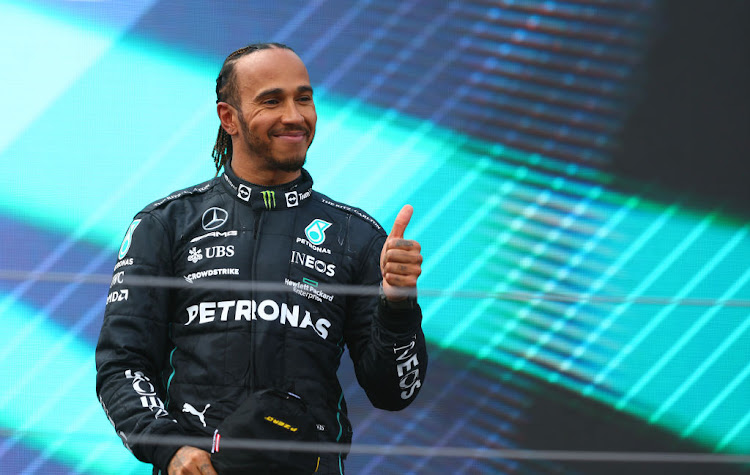 Lewis Hamilton's dream result in France on Sunday would be to celebrate his 300th Formula One race by ending the longest win drought of his record-breaking career, and it is not an impossible one.

The seven-time world champion was once dominant at Le Castellet's Circuit Paul Ricard, but new rules have left his Mercedes team struggling with a bouncing car behind pace-setters Red Bull and Ferrari.

It has now been 12 races since the Briton last won, but he showed at Silverstone this month, when he finished third after leading, that the gap had narrowed.

“I truly believe we can get a race win this year,” said the 37-year-old after the latest race in Austria where he also finished third.

“Paul Ricard should be OK,” said Mercedes boss Toto Wolff, whose team have some upgrades for the weekend and look competitive.

“It’s a smooth circuit, a little bit like Silverstone, fast corners, and on paper at least it looks like we can have a good performance there.”

Hamilton is the only driver to have won in every season he has competed and a 104th career victory would continue that run, though he will also have to beat teammate George Russell.

Red Bull and Ferrari, winners of every race this season, will again fancy their chances on a scorching weekend — with forecast temperatures of about 40°C — at a track on a plateau with the Mediterranean in the distance.

Max Verstappen won from pole in June last year after passing Hamilton on the penultimate lap of a race decided by strategy and tyre wear.

Like Red Bull then, Ferrari are chasing their third win in a row after Carlos Sainz's Silverstone victory and Charles Leclerc's success in Austria.

The last time Ferrari completed such a hat-trick was in Singapore in 2019, a win that turned out to be the Italian team's last until this season.

Verstappen is 38 points clear of Leclerc after 11 of 22 races.

“We have closed the gap we had in terms of speed. I think they still have got a slight advantage, but very little or negligible,” Ferrari boss Mattia Binotto said of the battle with Red Bull.

Sainz could have an engine penalty, however, after retiring in Austria with his car in flames.

Dutch driver Nyck de Vries, the reigning Formula E champion, will take Hamilton's place in first Friday practice as part of a new requirement for every team to run a driver with limited F1 experience in two such sessions this season.

Drivers exceeding the track limits could again be an issue, after 43 violations were recorded in Austria, with Le Castellet's wide run-offs.

“I think Ricard will be a bigger issue in that there is a genuine time gain to be had. And obviously, you've got acres of tarmac there, so it's just inviting you to run off line,” said Red Bull boss Christian Horner.

Organisers are expecting a crowd of 200,000 over the course of the weekend.

NASCAR will hold its first Cup Series street race in downtown Chicago in July 2023, the stock car racing circuit said on Tuesday, as it continues to ...
Motoring
3 weeks ago

Nicholas Latifi will finally have the same performance upgrades on his car as Williams Formula One team mate Alex Albon at this weekend's French ...
Motoring
3 weeks ago