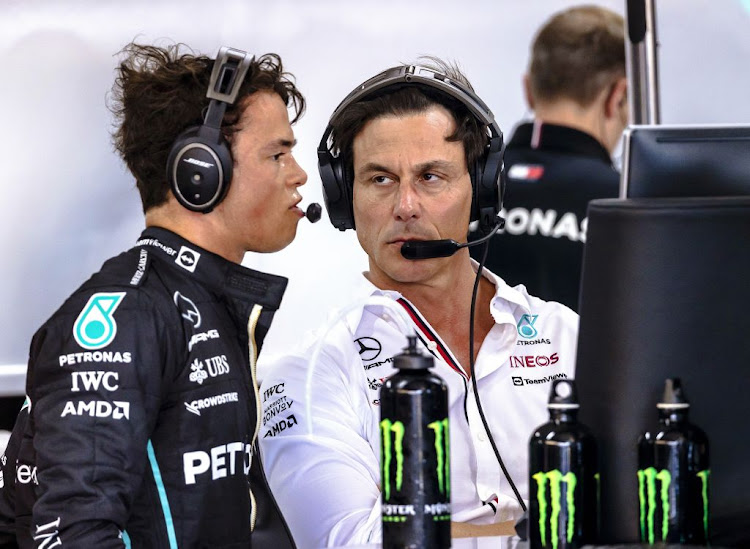 Mercedes cannot do much to help Nyck de Vries secure a Formula One drive and may let him go, team boss Toto Wolff said after the Dutch reserve replaced Lewis Hamilton in first Friday practice at the French Grand Prix.

De Vries, 27, is the reigning Formula E champion with Mercedes and also won the Formula Two crown in 2019. Despite his success, and Mercedes supplying engines to four of the 10 teams, he has been unable to secure a race seat in F1.

Mercedes are also pulling out of Formula E at the end of this season, with the team sold to McLaren who have their own roster of drivers.

“If we are not able to provide him (De Vries) with an interesting Formula One project, in a way we need to let him go,” Wolff told Sky Sports television at Le Castellet. “He’s looking at various options, sports cars and maybe Formula E, but you must never give up on the opportunity that one day an F1 door can open and today was very good.

“I can’t really help him,” said Wolff. “We can’t really tell any team to look at him and consider him because that would be like an interference and that goes the contrary way.”

De Vries set the ninth-best time in the session before handing back the car to seven-times world champion Hamilton for second practice.

It was his second such outing after one with Mercedes-powered Williams in Spain in May.

Ferrari made a strong start to the French Grand Prix weekend, and their bid for a third win in a row, on Friday with Charles Leclerc fastest in first ...
Motoring
3 weeks ago