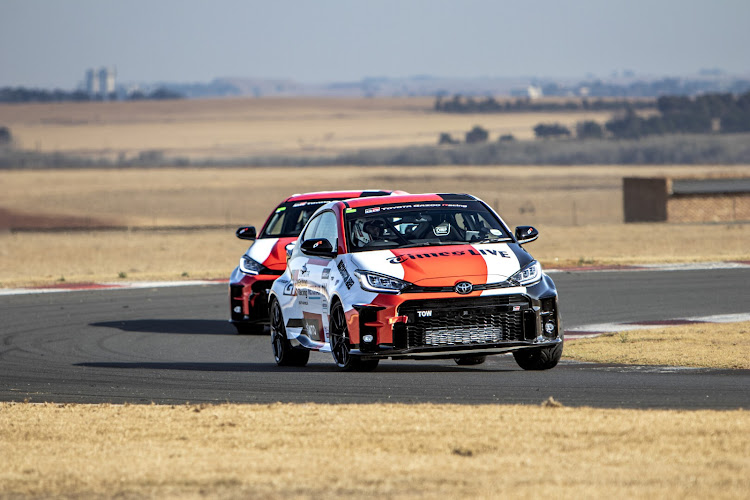 Falkiner will again be representing TimesLIVE in this weekend's round of the Toyota GR Cup at the East London Grand Prix Circuit.
Image: Supplied

A new month, a new round of the 2022 Toyota GR Cup. Hot on the heels of the last race that played out at Mpumalanga's Red Star Raceway in July, I and the five other motoring scribes chosen to represent our titles in this single-make series will be strapping back in behind the wheel for a high-speed showdown around the East London Grand Prix Circuit.

Situated right next to the ocean and unchanged in layout since 1959, this is perhaps the oldest and most historic track remaining in SA. Indeed, a quick Google search will reveal that it hosted Formula 1 Grands Prix in 1963, 1965 and 1966. However as the cars of the time evolved and got quicker, this circuit was deemed too small to be safe and as such the F1 circus migrated to the much more modern Kyalami Grand Prix Circuit in Midrand.

Despite falling out of favour with motorsport's pinnacle, the East London Grand Prix Circuit continued on and to this day remains a firm favourite with local racers thanks to its distinctly old-school flavour. Yeah, there's almost a Goodwood-esque vibe to the place.

Measuring exactly 3.92km in length and making use of roads that are open to the public outside race weekends, it's without a doubt the fastest track on this year's GR Cup calendar. Why? Well because from the moment you hit the already long pit straight you basically keep the throttle pinned all the way through the legendary Potter's Pass (or at least try to depending on the size of your bollocks and capability of your race car) en route to Rifle Bend until stomping on the brakes at the 90-degree Copacabana Corner. 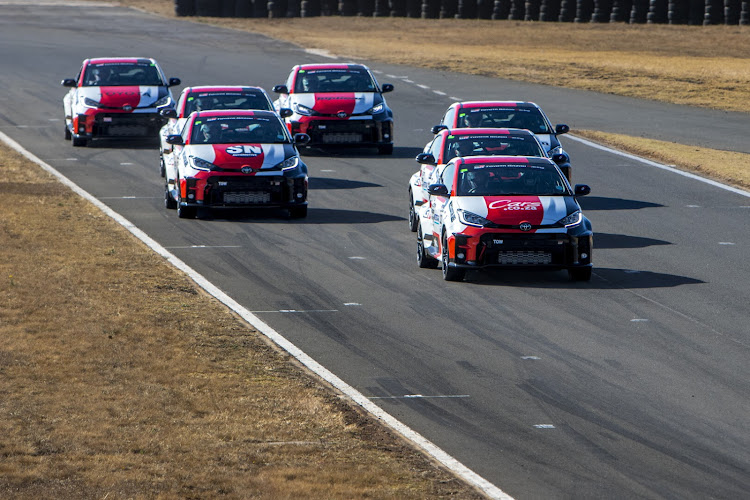 Ashley Oldfield (cars.co.za) is currently leading the 2022 GR Cup championship with Falkiner behind him in second.
Image: Supplied

Now it's anyone's guess what speeds our little GR Yaris Cup cars will reach running this gauntlet but I wouldn't be surprised if it's somewhere in the region of the 220km/h mark. This is a significant step up from the 201km/h-odd we saw racing at Killarney in February. After exiting Copacabana you're then faced with two short straights separated by The Esses, Cox's Corner and The Sweep. The last of said straights leads into Beacon Bend and then it's back on the gas for yet another never-testing blast past the pits and into Potter's.

Besides testing our bravery, the East London Grand Prix Circuit should also drive our Toyota race cars to the limit — especially in the braking and tyre department with the heavy braking zones and high lateral load corners putting considerable strain on both. I'm also going in totally green as I have absolutely no prior driving experience at this track.

So, yes, it's bound to be a rather interesting weekend from that perspective. That said, I'm going to do my best to keep it on the track and aim to score enough points to bolster my second place standing in the championship. Ashley Oldfield (cars.co.za) has already chalked up a commanding lead that won't be beaten unless he has a couple of DNFs, which is unlikely to happen. So as long as I can keep Mark Jones (Citizen Motoring) and Sean Nurse (SN Automotive) behind me and bring the car home in one piece I'll be happy.

Again forming part of the prestigious National Extreme Festival, the Toyota GR Cup will be running alongside some of the country's other flagship circuit racing series such as the popular Global Touring Cars (where Toyota Gazoo Racing SA is fielding no less than three purpose-built Corolla challengers), SupaCup and G&H Transport Extreme SuperCars.

Catching up with the Toyota GR Cup

It was back in February when I announced that I was one of six local motoring scribes picked to compete in the newly formed Toyota GR Cup.
Motoring
1 month ago

Join Ignition TV as they take an in-depth look at the Toyota GR Cup: an exciting one-make series that pushes the brand's feisty GR Yaris to its limit ...
Motoring
2 months ago

I went into the fourth round of the Toyota GR Cup feeling pretty confident. Especially since I had spent the the whole of Friday practise at the top ...
Lifestyle
1 month ago