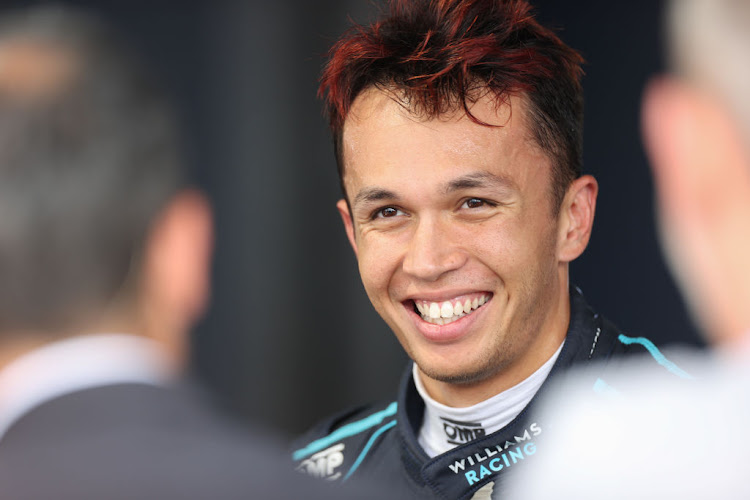 Alex Albon will stay at Williams beyond next season on a multi-year agreement.
Image: Peter J Fox/Getty Images

British-born Thai driver Alex Albon will stay at Williams beyond next season on a multi-year agreement, the Formula One team said on Wednesday.

There was no word on his future teammate. The second seat is filled by Canadian Nicholas Latifi, with speculation he is likely to be replaced.

Williams flagged on social media they were making an announcement, with Formula One followers in a high state of excitement after a couple of bombshell driver moves in the past two days.

Australian Oscar Piastri, the youngster who was announced by Renault-owned Alpine as a 2023 driver on Tuesday and then publicly rejected the move, has also been linked to Williams.

“It’s really exciting to be staying with Williams Racing for 2023,” Albon said. “I look forward to seeing what we can achieve as a team in the remainder of this season and next year.”

Albon joined the Mercedes-powered team this year after a year out of Formula One after losing his seat at Red Bull.

The former champions are last in the standings after 13 races, with Albon scoring all three points so far. Latifi is the only driver on the grid who has yet to score.

“Alex is a tremendous driver and valued member of Williams Racing, so we’re thrilled to be able to confirm we will be working with him on a long term basis,” said Williams principal Jost Capito.

“Alex brings a great blend of skill and insightful learnings that will help bring the team greater success in future.

“He’s a fierce competitor, has proved a popular and loyal team member and we are delighted that he will provide a stable base for us to continue to develop in this new F1 car era.”

On Tuesday Australia's rising star Oscar Piastri ruled out racing for Renault-owned Alpine amid contract confusion only hours after he had been ...
Motoring
1 week ago

Williams academy driver Logan Sargeant is set to become the first American in seven years to feature in a Formula One race weekend when he ...
Motoring
1 week ago

Red Bull have extended their power unit support agreement with Honda until the end of the 2025 season after the Japanese manufacturer's departure ...
Motoring
1 week ago